Detroit Lions safety Duron Harmon said Tuesday the conversations the team is having about racial equality and social justice continues to move forward.

“Progress has been made,” he said in a conference call with reporters. “We have some things that we’re working on as an organization to obviously show our support for the black and brown people who are oppressed in this country.”

In early June, Harmon spoke to reporters about how the team had engaged in meaningful conversations during virtual meetings in the wake of the protests over George Floyd’s killing in Minneapolis. 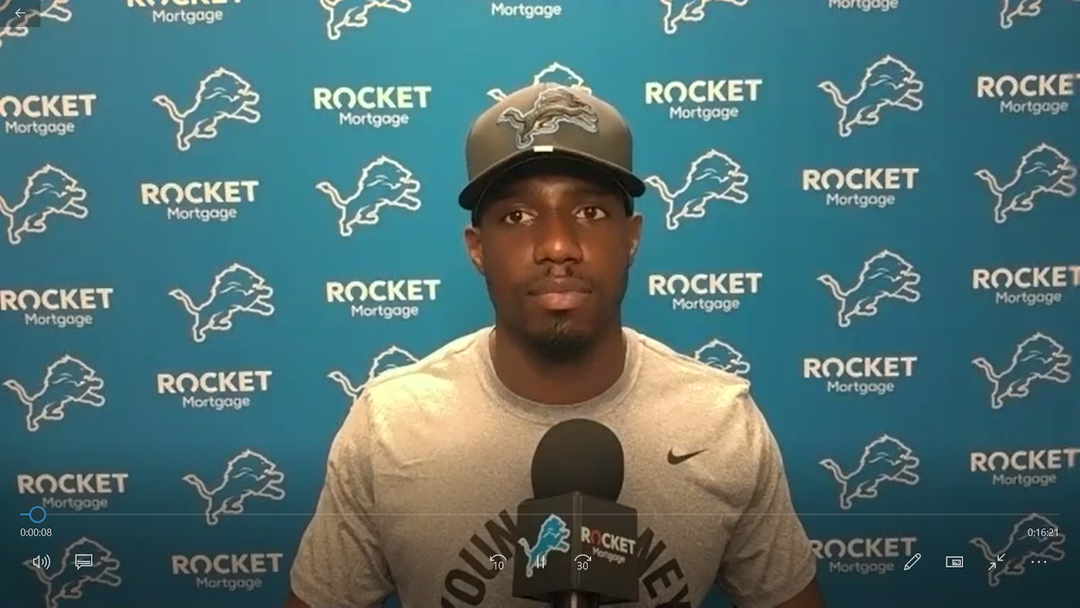 “As an organization, we support our players’ and coaches’ efforts to bring social justice issues to the forefront, and we will continue to support them and work for positive change,” Hamp said. “These are conversations I know coach (Matt) Patricia has had with our team over the last several weeks, and I look forward to engaging, learning, and most importantly, listening, as we strive forward as a team.”

Hamp also said the efforts led by Patricia had forged a closeness among the players that could also lead to better play on the field.

“I know coach Patricia is very pleased with the meetings he’s had and it looks like the group is very cohesive,” she said, “and these difficult social-justice conversations have actually helped to bond the team. So I’m just looking forward to seeing everybody in action. Yes, we plan and expect an improved team. I think we’re going to get that.”

In July, several Lions players participated in virtual campaigns associated with legal, justice and voting issues. On July 22, Harmon and quarterback Matthew Stafford were among several Lions players who spoke about the education gap for Detroit residents in a virtual town hall hosted by RISE, a nonpartisan voter education initiative established by Miami Dolphins owner and Detroit native Stephen Ross.

Those discussions and the education about social issues, Harmon said Tuesday, continued when the team recently reported for workouts before the start of training camp.

“That’s one thing that I enjoy and really love about playing for this organization,” Harmon said. “When we got here (back in the facility), those conversations didn’t stop. They kept going. We kept working toward helping to create change. I’m excited to where we’re headed, football-wise and community-wise.”