► It was a good day for Detroit’s rookie offensive weapons — running back D’Andre Swift and wide receiver Quintez Cephus.

Swift looks like he’s going to be a problem in the passing game for opposing defenses. Working one-on-one against Detroit’s linebackers, he got easy separation against three different options, shaking Elijah Lee, Jarrad Davis and Jason Cabinda, each within a couple steps off the line of scrimmage. It must be noted, Swift did uncharacteristically put the final throw on the ground. 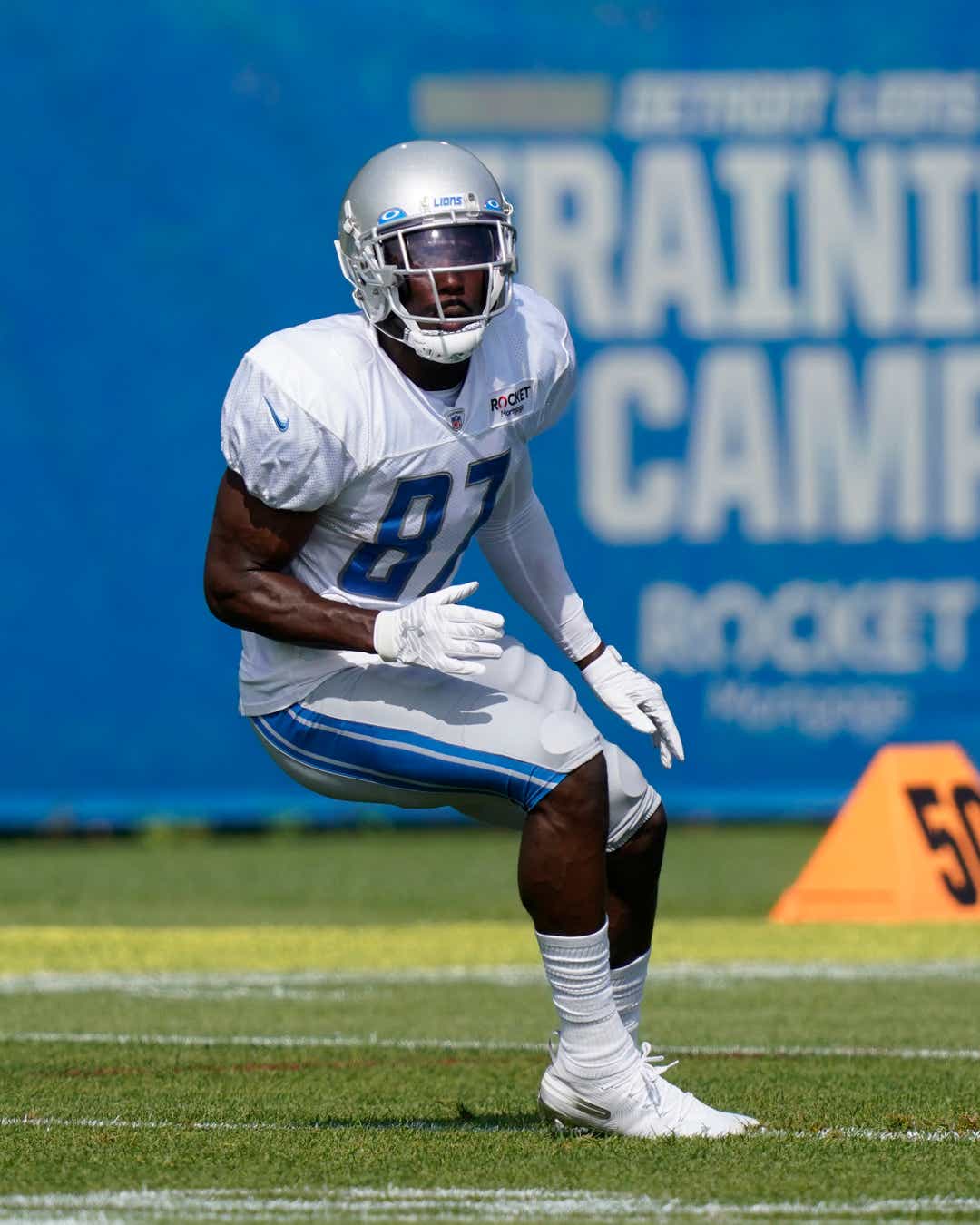 As for Cephus, the concerns about his long speed coming out of the combine do present themselves on the practice field. His acceleration simply appears to be a tick slower than the average receiver. That said, the Wisconsin product is a solid route runner and creates necessary separation at the top of his routes.

Cephus got the better of first-round draft pick Jeff Okudah twice in one-on-one work and also caught a touchdown working across the middle during a full-team segment of practice.

► Outside of the reps against Swift, Lee and Cabinda both netted pass breakups while covering the running backs. Lee nearly had an interception while defending newcomer Jonathan Williams, while Cabinda showcased the ability to jam his assignment, stalling out rookie fullback Luke Sellers at the line.

► The Lions might have something brewing in Jamal Agnew as a receiver. While the converted defensive back hasn’t shown up much in full-team work yet, he flashed some impressive route running and hands during individual drills.

Working against cornerback Tony McRae, Agnew made a diving catch on a ball outside his frame. And in a second rep between the two, Agnew burst out of his break for an easy grab.

► It’s not clear whether the players are banged up or if the team was just taking it easy given last year’s injury situations, but it was a light day for running backs Kerryon Johnson and Bo Scarbrough, as well as tight end T.J. Hockenson.

With Johnson and Scarbrough pinned to the sideline, Ty Johnson and Williams got more work in the backfield. Ty Johnson, a sixth-round pick out of Maryland a year ago, had a relatively quiet day and was stuffed by Davis on a goal line rep.

Williams, who was signed on Monday, continues to impress, barreling through multiple defenders and backing into the end zone on his goal-line carry.

► Defensive tackle Kevin Strong and offensive lineman Beau Benzschawel remained sidelined with unknown injury issues. Fullback Nick Bawden was also limited to running on the side with a trainer.

► New principal owner Shield Ford Hamp was in attendance for Tuesday’s practice. Wearing a mask, she watched practice from the sideline between the two fields with team president Rod Wood.

Frank Ragnow and defensive tackle Nick Williams had two good battles with the defender jarring the center off balance on the first rep. Impressively, Ragnow managed to maintain his balance while staying in front of the rush. On the second rep, Ragnow had a more decisive victory.

► It’s unclear whether there will be room on the roster for three quarterbacks after the Lions signed Chase Daniel to a multiple-year contract to back up Matthew Stafford, but second-year man David Blough looked sharp on Tuesday. While his footwork in the pocket can sometimes be clunky, he exhibited nice accuracy and touch at various depths.

► Under pressure, Stafford attempted a play-action pass off his back foot. The throw was a little off target to Kenny Golladay, crossing the middle of the field, but the star receiver managed to make a diving grab.

► Defensive tackle Frank Herron, a late-season addition last year, had a series with the second-unit defense where he disrupted multiple plays in the backfield.

► Undrafted rookie tight end Hunter Bryant got beat by Julian Okwara for a would-be sack during full-team scrimmaging, but made up for it a few plays later with a long catch and run on a crossing pattern.

► Linebacker Jamie Collins got his arms into the passing lane to bat down a Stafford pass. Collins’ reach is impressive and almost looks like an optical illusion.

► The Lions’ special teams worked on a new drill today, which focused on both blocking a field goal and recovering the loose ball.

► The players will be off on Wednesday and will resume their practice schedule Thursday morning.