Allen Park — With the start of the regular season three weeks from Sunday, the Detroit Lions aren’t taking any chances with players dealing with various bumps and bruises. But those extra precautions left the team shorthanded at spots, particularly running back, during the last practice of the week. 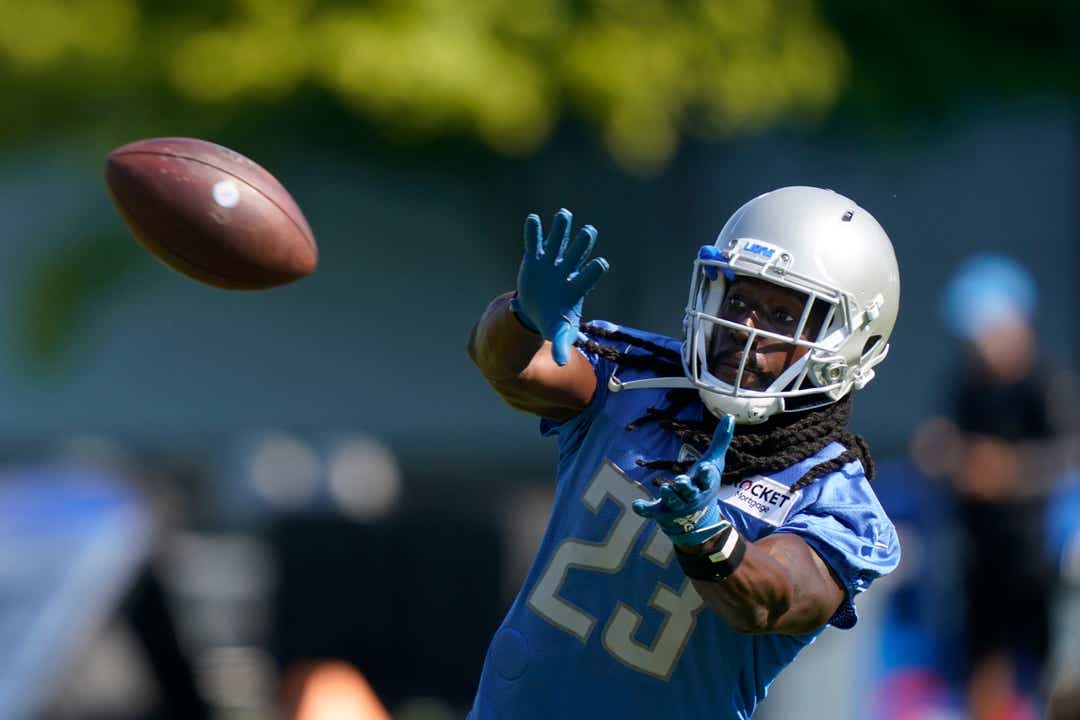 Still without D’Andre Swift and Bo Scarbrough on Sunday, the Lions were also missing rookie Jason Huntley, while Kerryon Johnson was limited to individual drills. That left Ty Johnson, Jonathan Williams and Wes Hills to shoulder a heavy load on the day.

The Lions were also without their top cornerback and top receiver, Desmond Trufant and Kenny Golladay, for any meaningful team activities.

Finally, the team was down three projected starters along the offensive line by the end of the day. Only right tackle Halapoulivaati Vaitai was seen leaving the field and heading to the locker room, but guards Jonas Jackson and Joe Dahl were also absent from reps near the end of practice.