Allen Park — With a little more than a week’s worth of training camp practices under their belts, we have some additional clarity on how the Detroit Lions’ depth charts are shaking out.

And while there is still a few weeks for jobs and roles to be decided, we thought it would be a good time to take a stab at what the team’s roster might look like for the season opener against the Chicago Bears in under three weeks. 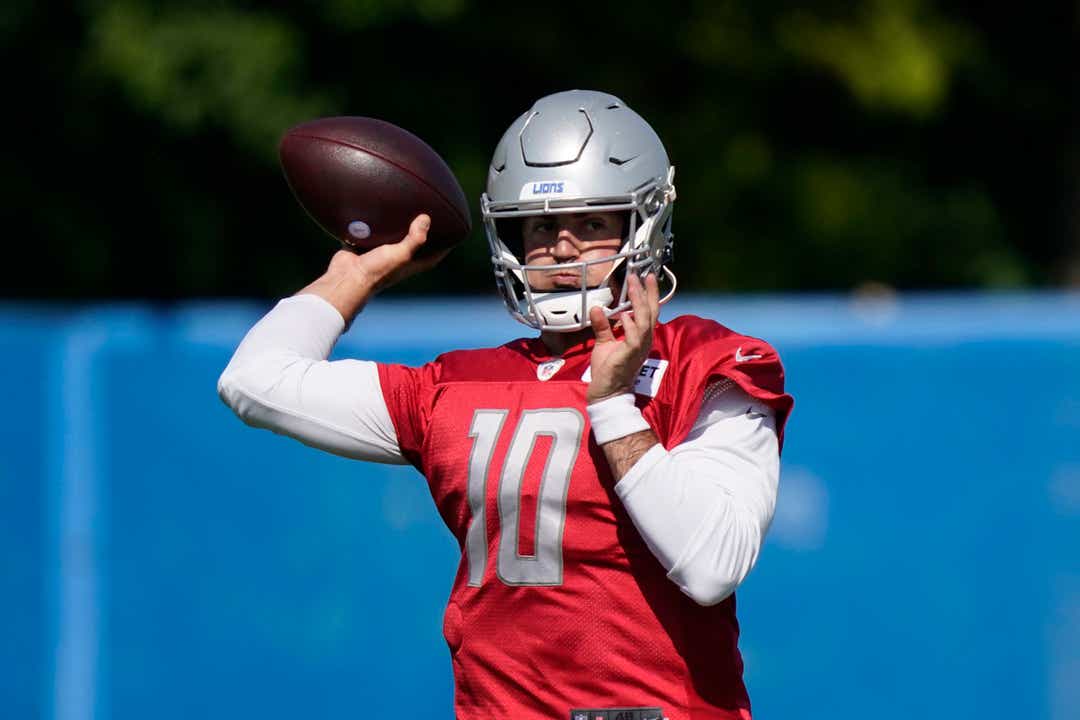 ► Work to do: David Blough

► Analysis: The Lions have given Blough his fair share of second-team reps through a week of camp, and you could easily argue the second-year man out of Purdue has performed better than the veteran Daniel.

But on another level, that doesn’t run counter to logical expectations. Blough has a familiarity with the system and receivers, while Daniel, who signed this offseason, is understandably behind after a virtual offseason.

There’s no question, Blough looks much improved. And you can make a case for the Lions carrying three quarterbacks into Week 1, not wanting to risk losing him via waivers. But there are just too many other spots where the team will need depth, so we’ll stick with two on this initial projection.

► Analysis: Six running backs? Yeah, I agree, it seems like too many, but I can easily see the Lions wanting to get longer looks at Ty Johnson and Huntley before risking putting either speedster on waivers.

Interestingly, I’m giving Cabinda an early edge over Bawden at fullback. The Lions love Bawden, but his durability is hurting his roster chances, while Cabinda looks far more natural than you might expect after converting from linebacker last week. The positive with either choice is both are capable special teams contributors.

As for the power component of the backfield rotation, Scarbrough’s spot is more tenuous than it was entering camp, also due to durability concerns. Williams, signed the day camp started, has transitioned well and is pushing hard for that job. 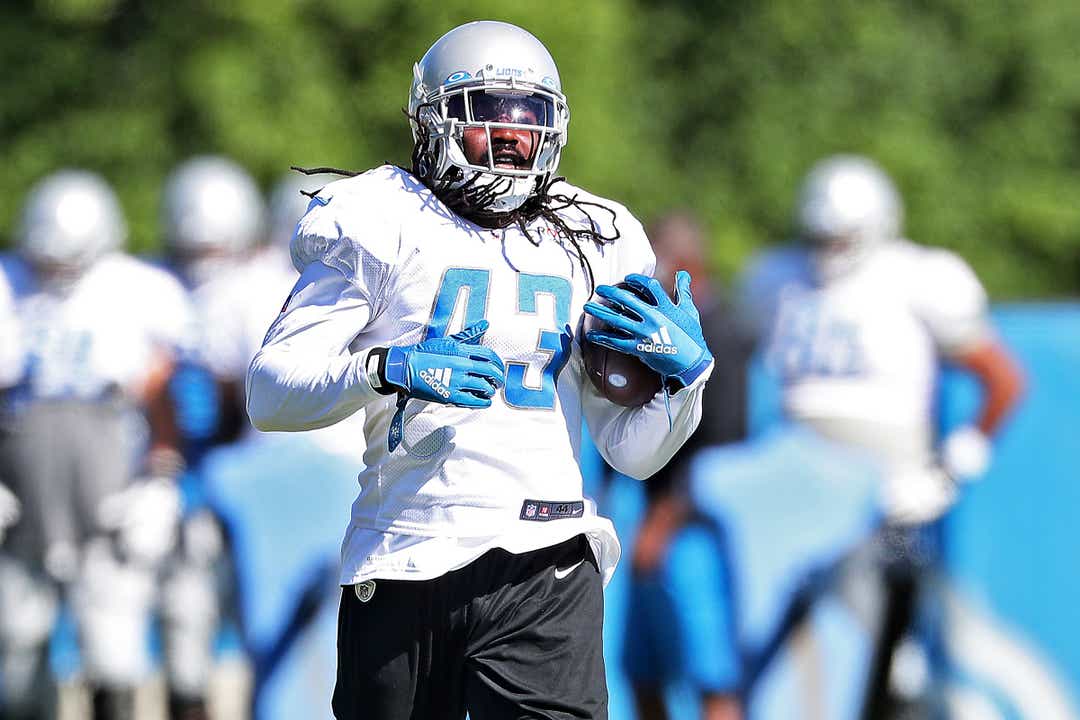 ► Analysis: Coming into camp, five seemed like the sweet spot at wide receiver, but both Hall and Agnew have made statements out the gate. Hall, last season’s deep-threat specialist, has the look of a more well-rounded pass-catcher this year. Plus, he offers depth in the return game.

And Agnew, naturally the leader in the clubhouse for return duties given his resume, has surprised everyone with how well he’s taken to the position switch.

► Analysis: Hock is a lock and James isn’t far behind, thanks to a contract that makes it more costly, from a cap perspective, to cut him than keep him. Fortunately for the Lions, it sounds like there will be a concerted effort to get James more involved in the offense in 2020 and he’s shown some promising signs he’ll merit those targets with his early camp production.

The third spot remains wide open. Had Bryant, an undrafted rookie, not suffered a hamstring injury this past weekend, we might have given him the edge over Nauta, a seventh-round pick a year ago. Bryant offers a lot of intriguing potential as a receiving threat, although he needs a look of work on his blocking.

Sokol can’t be ruled out, either. He started off camp with an injury, but has been picking up steam with some solid red-zone production in these early practices. At 6-foot-5 and 255 pounds, the Michigan State product also looks like he’s the most-effective blocking option of the three vying for a job.

► Analysis: The starting lineup has largely taken shape, despite coach Matt Patricia’s comments that Jackson hasn’t locked up the right guard job quite yet. From a depth perspective, Crosby has looked good at the swing tackle spot and Wiggins’ ability to play all five spots makes him a valuable roster piece.

Stenberg has struggled to this point, but the Lions also have him doing a lot of work at center, a position he didn’t play at college. If he improves drastically over the next few weeks, Aboushi could be sacrificed for depth at another spot, especially if the Lions go heavy on linemen on their expanded practice squad.

At this point, I’m leaning toward Aboushi sticking.

► Analysis: Bryant has been working with trainers throughout camp and if he gets to a point where he’s activated, the Lions will have to squeeze someone off the roster at another spot. The way the team works many of its linebackers on the line of scrimmage, it provides the flexibility to go light at defensive end.

On the interior, Herron has made enough of an impact in camp practices that he’s worked his way onto the bubble. But with Williams and Hand able to get penetration at defensive tackle, we give Penisini, the run-stopper and logical backup to Shelton, the edge.

Strong, who went from undrafted unknown to early-season starter a year ago when the Lions had injury issues up front, is playing catch-up after being sidelined the first couple of practices.

► Analysis: Lee’s special-team ability makes him a tough cut, but Ragland, who has been a winner on every level, is a better bet to get that final spot. Killebrew and Reeves-Maybin are proven special teams contributors with this coaching staff, ranking fourth and fifth, respectively, in coverage tackles a year ago. 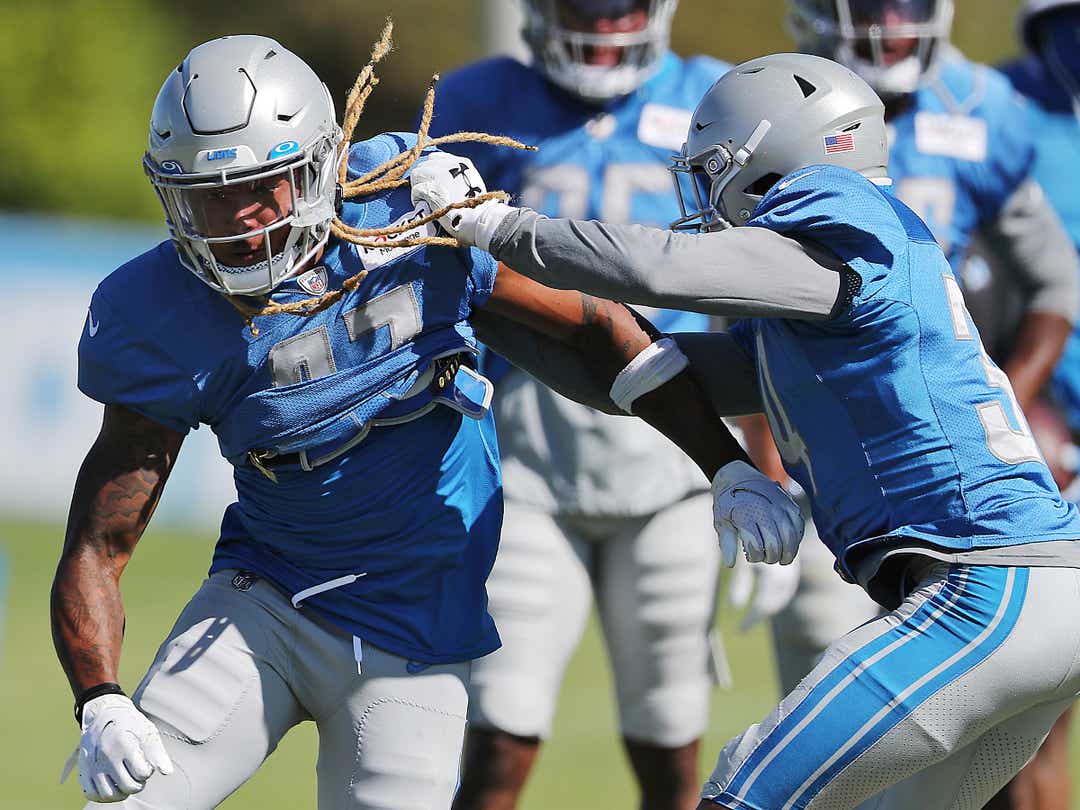 ► Analysis: With Kearse’s suspension clearing the way for Moore to stick, the biggest competition is for the backup cornerback jobs. Both Ford and Roberts have been inconsistent on the outside, leaving schematic familiarity as the separator.

Virgin doesn’t get the same benefit as McRae has stood out as the much better coverage option as a backup nickel. Plus, there’s built-in familiarity with special teams coordinator Brayden Coombs after the two worked together in Cincinnati.

► Work to do: Arryn Siposs

► Analysis: For the first time in several years, the Lions have a question mark with the specialists. Fox and Siposs are very much still engaged in a competition.

Fox, who was with the team as the end of last year, holds the early edge due to his leg strength and consistency, both with punting and holding.

Detroit Lions join list of NFL teams sitting out voluntary workouts due to COVID-19
Mel Kiper 2-round mock: Detroit Lions get value in 1st, reach in the 2nd
POD Community Mock: With the 41st pick, the Detroit Lions select…
Breaking down 3 realistic first-round scenarios for the Detroit Lions
How many different picks at 7 would be acceptable for the Lions?