Long before he was an NFL quarterback, David Blough was a football-crazed kid from suburban Dallas who dreamed of being like the high school quarterbacks who were shredding records near his hometown — Matthew Stafford and Chase Daniel.

“I was a young guy watching Southlake Carroll, where Chase was at, and Highland Park right up the street where Matthew was at,” Blough said Tuesday. “It’s like, that was my childhood growing up on Friday nights, reading the scores on Saturday morning and seeing Chase threw for 300 and ran for 100 or Matthew won the state championship. And all those memories, that was kind of what sparked the love of the game for me and it’s cool to be sitting here and now on the same level as these guys and proving I belong.”

[ The Free Press has started a digital subscription model. Here’s how you can gain access to our most exclusive sports content. ] 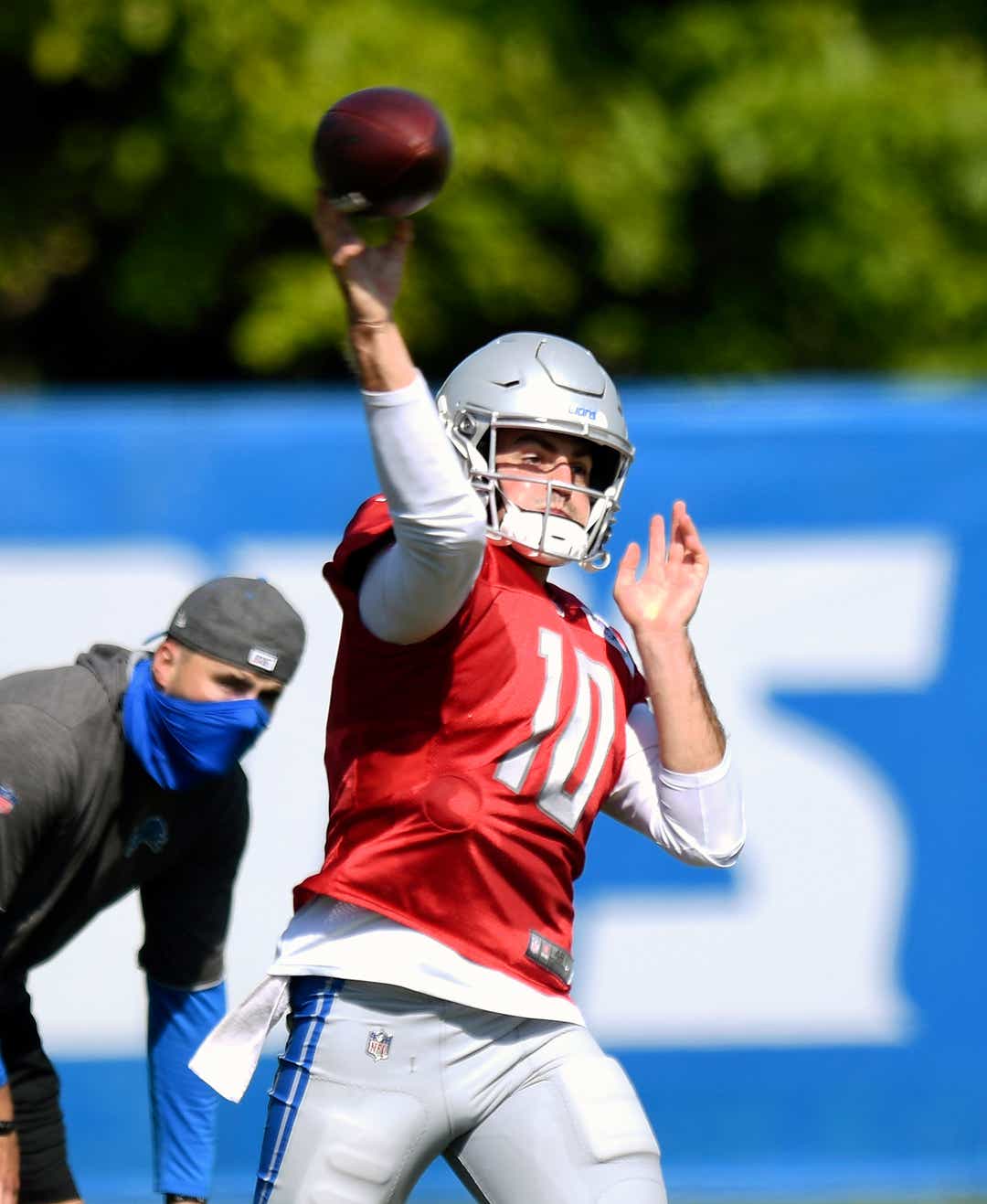 Blough has shared a quarterback room with Stafford since late last summer, when the Detroit Lions acquired him in an end-of-training-camp trade with the Cleveland Browns.

He started the final five games last year, after injuries sidelined Stafford and Jeff Driskel, and when Blough said Stafford “kind of turned into a coach for me” on the sideline.

Daniel, a 2009 draft classmate of Stafford’s, joined the group this spring when he signed a three-year free-agent deal with the Lions to be Stafford’s primary backup.

He and Blough split second-team reps most of the summer.

“Blough’s a baby and Staff and I are sort of grandpas right now cause we’re going on 12 years and he’s going into his second week,” Daniel said. “We still joke with him that he’s still a rookie until six games in, until he gets that accrued credited season. He doesn’t like that very much, but he’s a good sport. And, yeah, we’ll talk about like old Texas high school football legends, or maybe someone we played in 2010 or 2011 and he’s just like, ‘Who is that?’ Like, ‘I was in grade school.’” 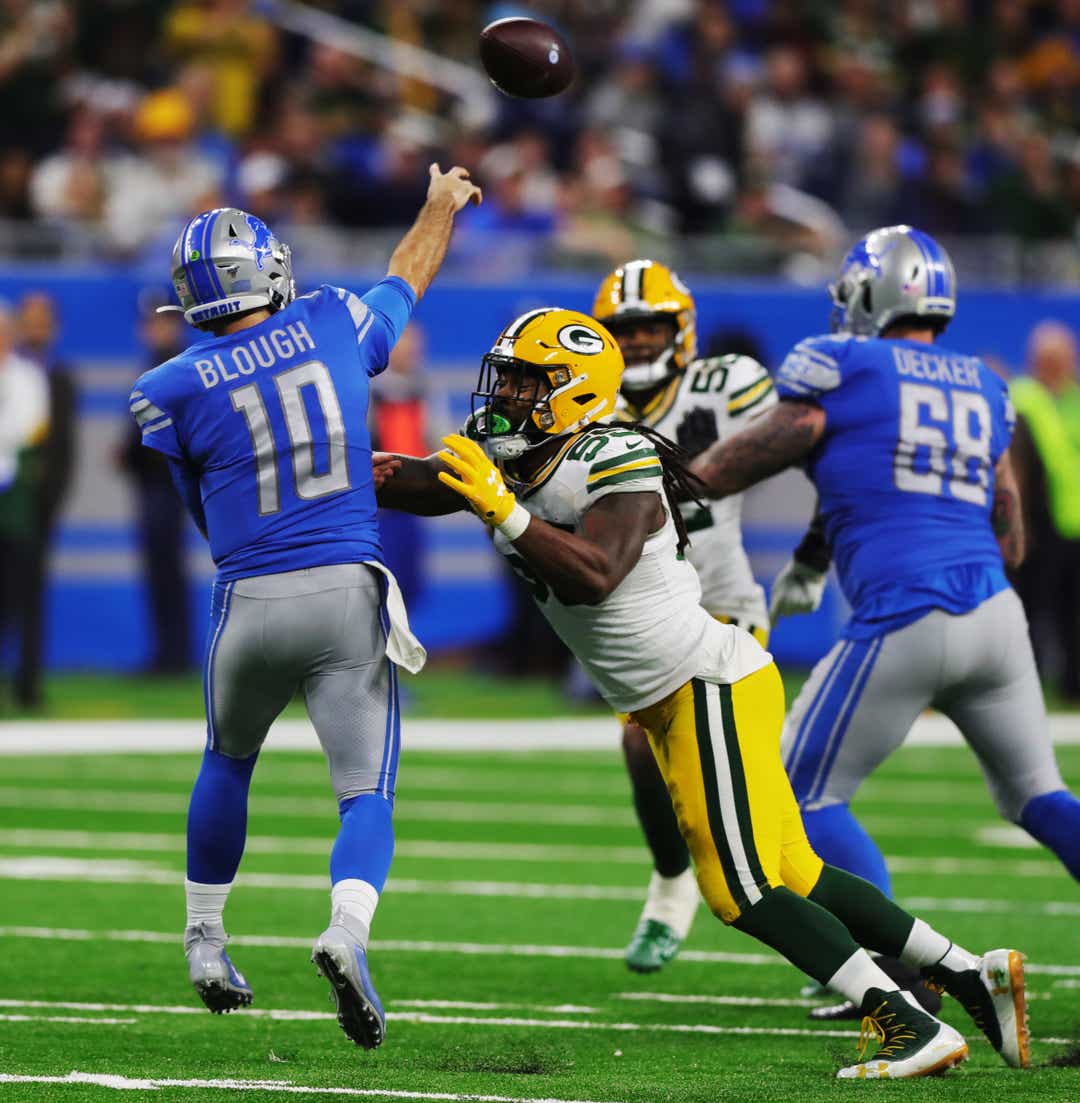 Blough, 25, was in grade school when Stafford, 32, and Daniel, 33, were starring at Georgia and Missouri, respectively, but that hasn’t stopped him from taken on a bit of a teacher role now, at least with Daniel.

“He’s got a better grasp of the offense than me, so I’m really the one playing catch up,” Daniel said. “If anything, he’s the one mentoring me on the offense, so it’s been great. It’s been a fun room to be a part of and we’re looking forward to continuing to get better.”

Neither Stafford nor Daniel is in any jeopardy of losing his job when the Lions trim their roster to 53 players Saturday.

Stafford has shined this training camp and the Lions expect a big season from him this fall. Daniel is the consummate backup, and his contract — the Lions guaranteed his 2020-21 salaries — is such that he doesn’t have to worry about being cut.

Blough’s future is a little more murky, though the Lions have watched his progression carefully this summer as they weigh whether to keep three quarterbacks on their active roster or try to slip Blough through to the expanded practice squad.

“Training camp’s always interesting because it’s everything all the time, so a lot of time we’ll walk on the practice field, we don’t have scripts, we’re kind of just calling it based on situational football and certainly from that end of it, the coordinators are pulling from a large amount of plays,” Lions coach Matt Patricia said. “I think David’s done a really good job of handling the entire workload of everything that’s in right now from an install standpoint. You get in the season, it’s very specific, it’s very narrow the focus, which he did a great job of that last year. And I would say just kind of mixing in all the little nuances and some checks and adjustments and protections and cadence and those things, you can really see his growth and development there with certain looks that the defense might give him that offensively we didn’t cover.” 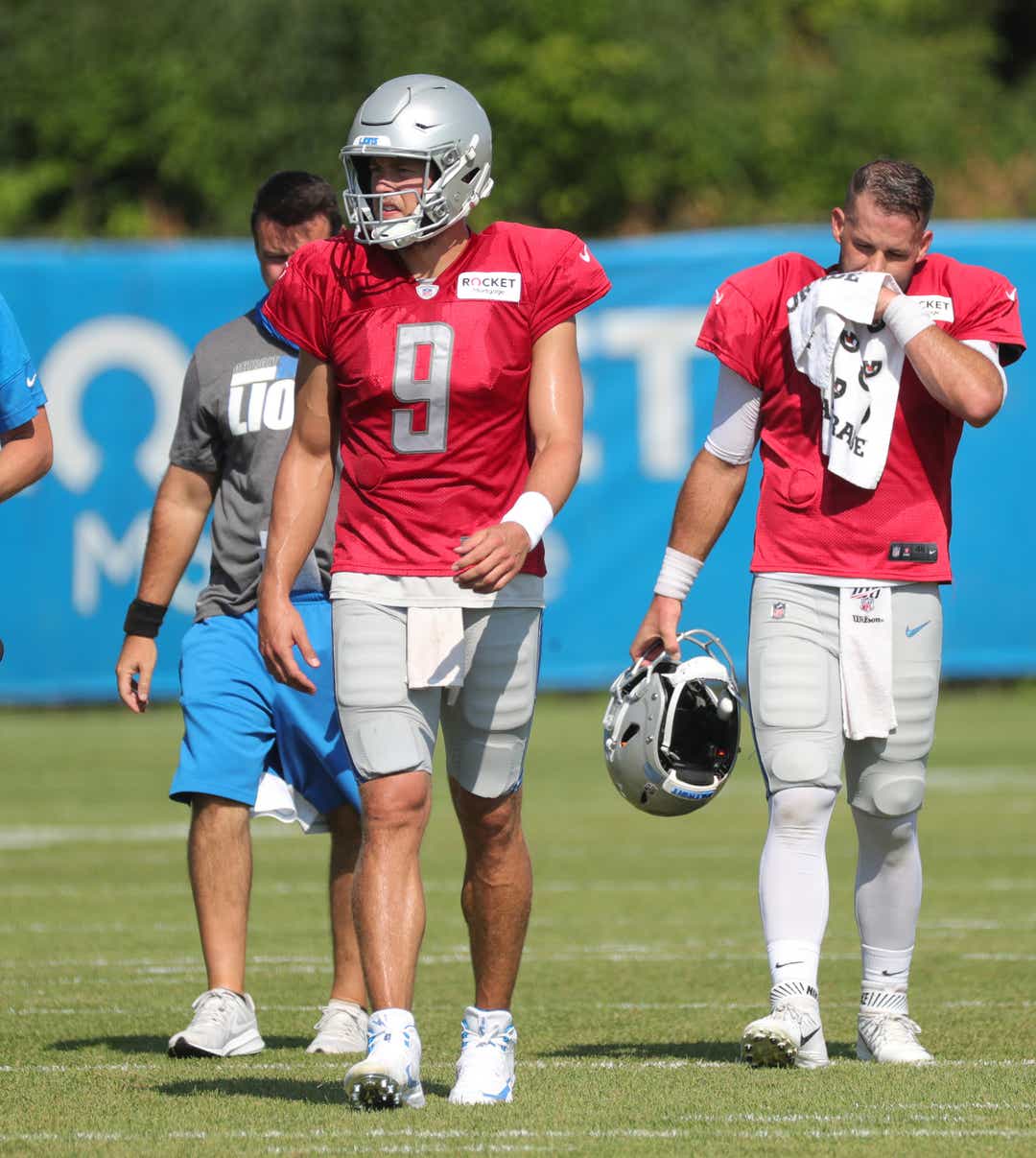 Because he was a late arrival last season, having spent all of training camp with the Browns, Blough was admittedly swimming when he got his late-season cameo in Detroit.

He went 0-5 as a starter and completed just 54% of his passes, but showed enough moxie in competitive performances against the Chicago Bears and Green Bay Packers to earn his coaches’ trust.

He said those experiences “will pay dividends in the long run in my career and whatever opportunities come forth for me,” whether that’s alongside two of his old idols or not.

“There were definitely some challenges along the way, but man, I had guys come and lift me up, come and support me, come and have my back,” Blough said. “Was not perfect by any means, and I know everybody can see that. But, yeah, I am proud looking back on it with the challenges that we faced that you could go into every game thinking, ‘Man, I prepared as hard as I could, I gave everything I could to this week to put us in a position to have success when we took the field.’”

Why the Detroit Lions should draft Jaylen Waddle
7-round mock 1.0: Lions move back, solidify offensive line
Look: Lions CB Jeff Okudah and WR Breshad Perriman working out together
Breaking down 2021 NFL Draft class: Offense (with Brett Whitefield)
Open thread: What is the worst case scenario for the Lions in the first round?