There’s more buzz about the Detroit Lions as playoff contenders this fall than there has been in recent years. How they answer these three questions will help determine how far they go:

Can Matthew Stafford stay healthy in 2020?

Health is such a relative term in the NFL. No one makes it through a season completely healthy. But the Lions need Stafford effective and on the field for all 16 games if they’re going to challenge for a playoff spot. Stafford was one of the NFL’s top ironmen until a back injury knocked him out of the final eight games last season, but that doesn’t mean he has been a picture of good health. In 2018, he played through transverse process fractures in his back. In 2016 and 2017, he had hand injuries that affected his play to varying degrees. 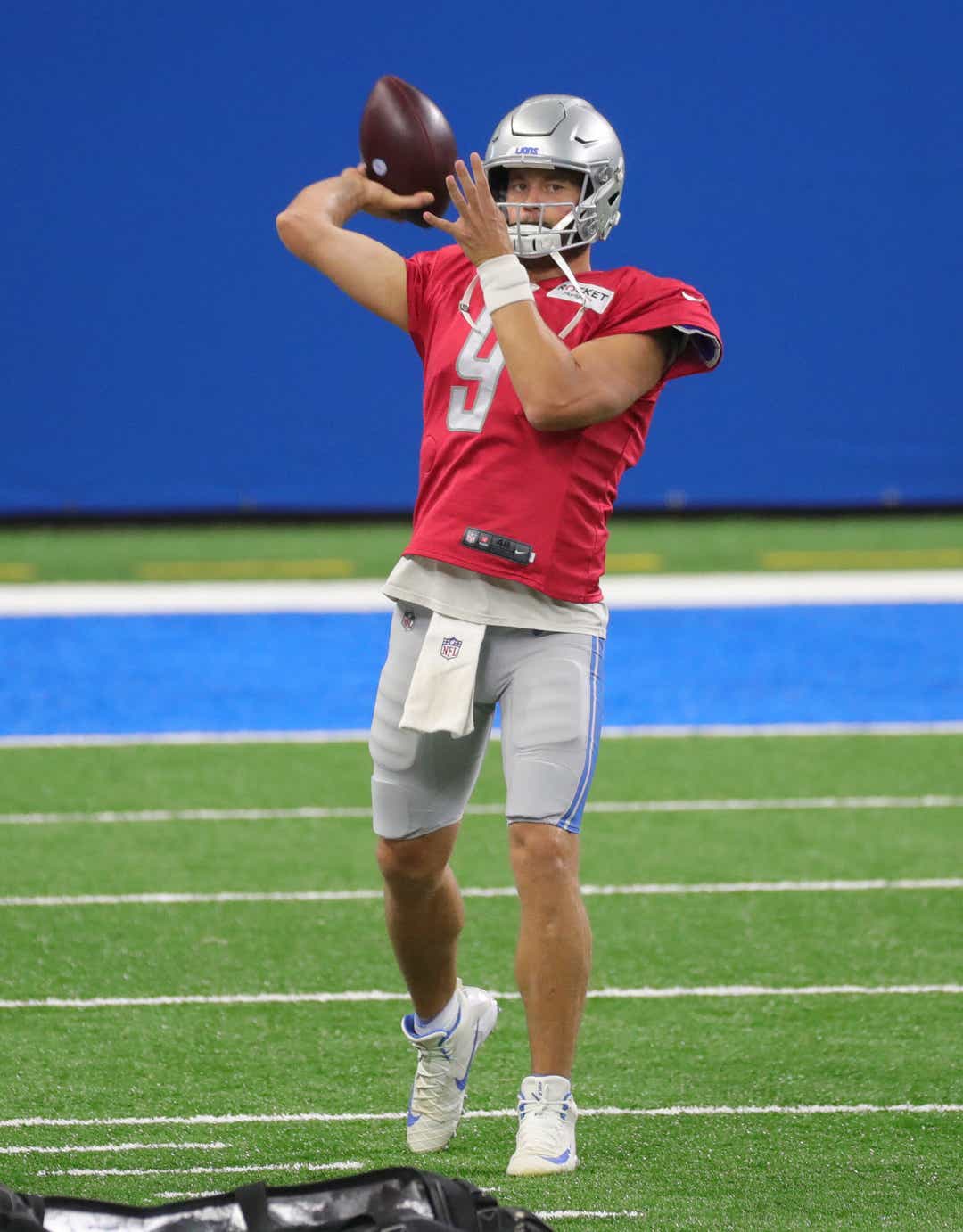 Stafford had a good training camp and has shown no lingering effects from his recent back injuries. He still has a cannon for an arm and great command of the offense, and he took a full complement of reps this summer. Still, at 32 years old and given the nature of his injuries, there has to be some concern that Stafford won’t make it through the season. The Lions, with their actions, even said as much when they targeted Chase Daniel to be their backup quarterback this offseason.

The Lions might not be as balanced on offense as they like, with questions about their run game and an entirely new right side of the offensive line, with rookie Jonah Jackson starting at right guard. That might put Stafford in the firing line for a few more sacks this season, in a division with Khalil Mack, Preston and Za’Darius Smith and a Danielle Hunter-Yannick Ngakoue combo to contend with. It’s more likely than not that Stafford plays all 16 games this fall, but he’ll have some bumps along the way.

What role will Adrian Peterson have this fall?

When the Lions signed Peterson over the weekend, they told him to be ready for a big workload in Week 1. In fact, it wouldn’t surprise me if Peterson got the first carry of the Lions’ season. At 35 years old, he’s not going to be a workhorse, every-down back, but the Lions didn’t sign him with the idea of using him only on goal-line plays or in short-yardage situations, either. 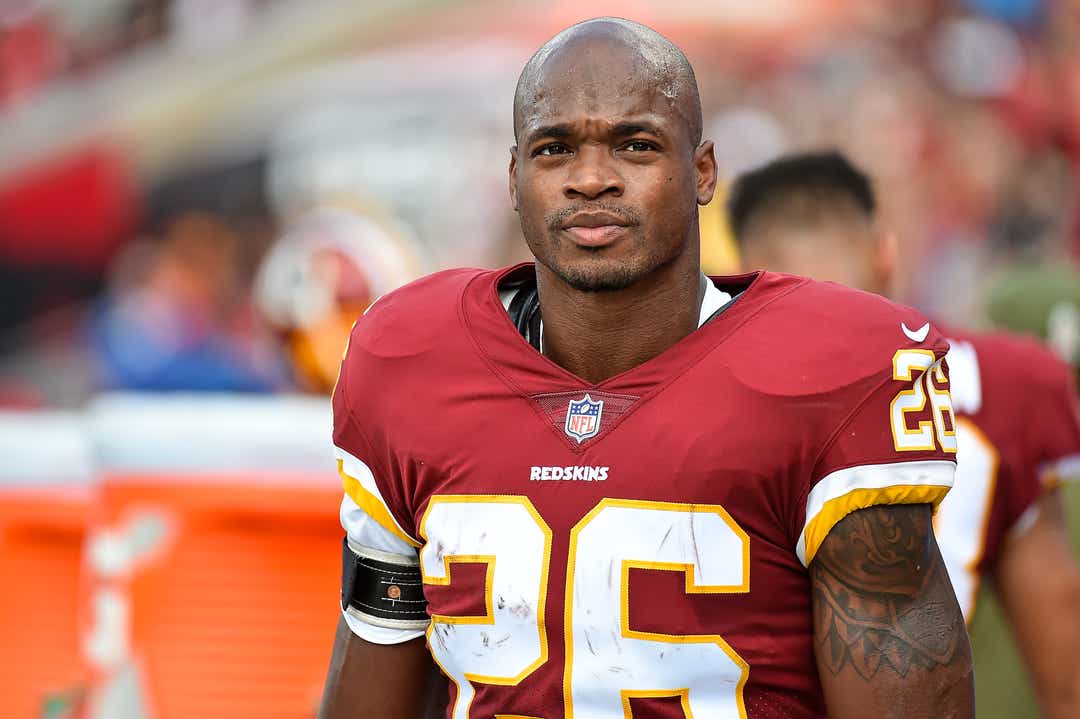 Assuming he stays healthy, I think Peterson will be a major part of the Lions’ backfield by committee. The team is concerned about Kerryon Johnson’s knees and what injuries the last two years have done to his elusiveness, and D’Andre Swift is playing catch-up after missing time in the preseason with a leg injury. Swift is the team’s most talented back and should see his role increase as the season goes on, but don’t be surprised if the Lions have Peterson on the field in key situations, especially early in the year.

I don’t think Peterson is a threat to challenge Barry Sanders’ place on the all-time rushing list; he needs 1,054 yards to pass Sanders for fourth place on the list. But Peterson ran for 1,940 yards as the primary starter over the last two seasons in Washington and could lead the Lions in rushing this fall.

What will Kenny Golladay do for an encore?

The casual NFL fan probably doesn’t realize that the NFL’s touchdown receptions leader last season resides in Detroit. Golladay caught a league-best 11 touchdowns and had a career-high 1,190 yards receiving last year. Just 26 years old, he seems poised for an even better season in 2020. 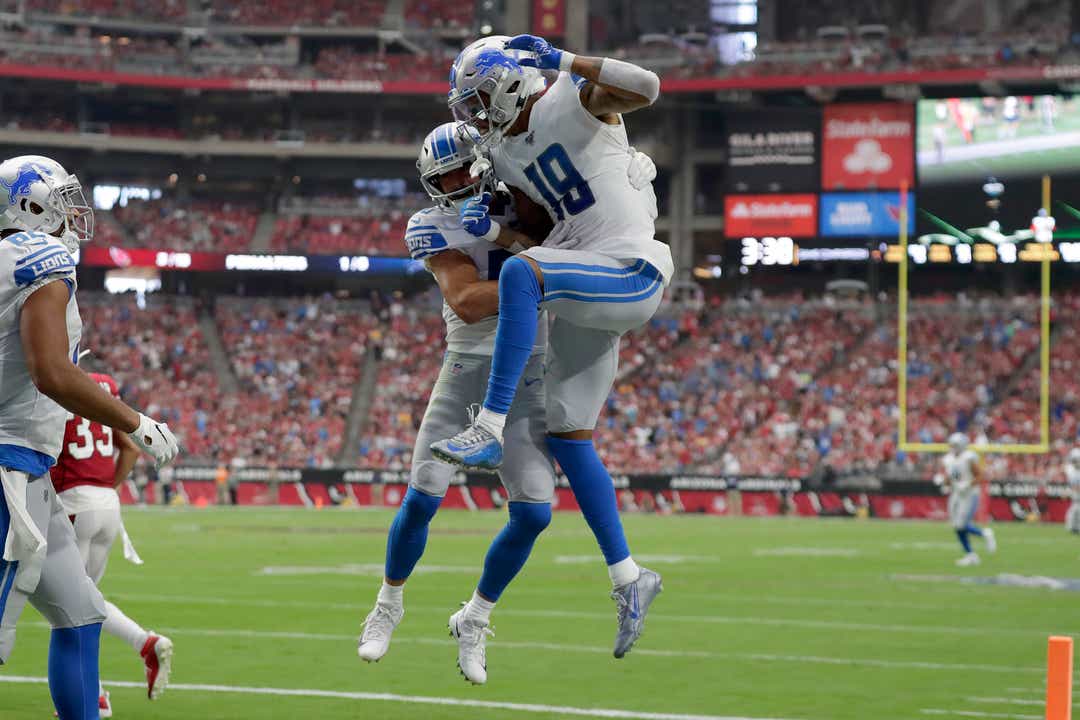 Golladay, at 6-feet-4 and 214 pounds, is one of the biggest receivers in the NFL but one of the most physical. He overpowers cornerbacks with his strength and frame, and with Darrell Bevell calling the offense and Stafford slinging the ball, he should have ample opportunity to make plays down field again.

[Kenny Golladay poised to land new contract: Here’s what it could look like ]

Yes, defensive coordinators will be more in tune with Golladay’s every step after his breakout 2019 season, but considering the connection he has with Stafford, and the fact that he played half his games with Jeff Driskel and David Blough last season, it’s not unreasonable to think he could top 80 catches and 1,300 yards this fall.

RB D’Andre Swift: The Lions used a second-round draft pick on a running back for the second time in three years, and if Swift is the type of dual-purpose weapon they think he can be, they won’t have to commit those type of resources to the position for a long time. Swift’s strength appears to be as a mismatch for linebackers in the open field. He’s not the biggest back, and he missed significant time during training camp, which will limit his role early in the season. But if he does not have a role on third downs out of the gate and isn’t splitting time in the backfield with either Adrian Peterson or Kerryon Johnson by midseason, it will be a disappointment. 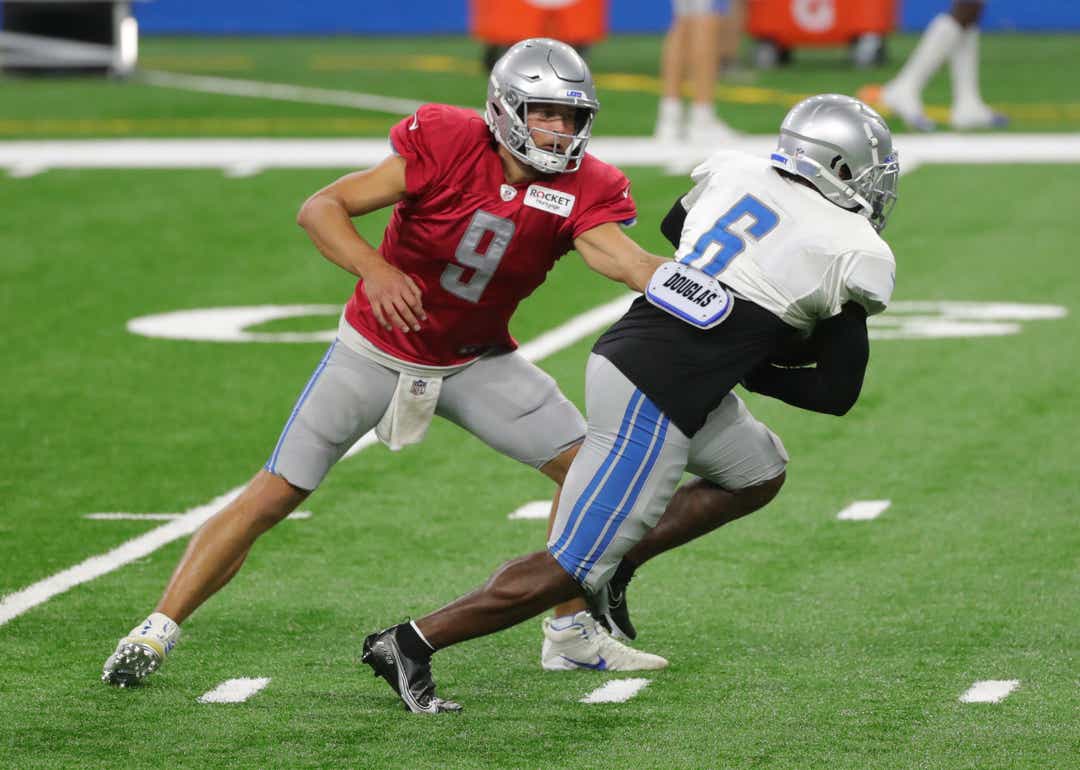 OG Jonah Jackson: Matt Patricia insisted on Day 1 of training camp that he was rotating players through the open right guard spot, then gave Jackson, a third-round pick out of Ohio State, just about every first-team rep at the position. Truthfully, the Lions have targeted Jackson to be Graham Glasgow’s replacement at right guard since they traded up to get him in the spring. He was a little bit ahead of most rookies because he played for Lions coaches in the Senior Bowl, but he’s still a work-in-progress as a blocker. The right side of the Lions’ offensive line includes Jackson at guard and Halapoulivaati Vaitai at tackle, and they can’t afford any hiccups early if the offense is going to reach its potential.

WR Jamal Agnew: OK, so he’s not technically a newcomer, but Agnew is new to his role after switching from cornerback to receiver this offseason. The Lions are deep at the receiver position, with Kenny Golladay, Marvin Jones and Danny Amendola locked into starting jobs, and Marvin Hall and rookie Quintez Cephus also in backup spots. Cephus is probably next in line should someone go down, but Agnew’s special-teams ability mans he’ll be active and probably have a role on offense every week, even early in the season. I wouldn’t expect big numbers, but Agnew was a quick study at the position and should warrant 10 or 12 offensive snaps a game.