The Detroit Lions will be without their biggest free agent acquisition for Sunday’s season opener against the Chicago Bears, and likely without their best wide receiver, too.

The Lions ruled right tackle Halapoulivaati Vaitai out for Sunday because of a foot injury, and listed wide receiver Kenny Golladay as doubtful on their official injury report.

Lions coach Matt Patricia said both players are dealing with day-to-day-type injuries, though the team is wary of pushing them now and having them linger into the fall. 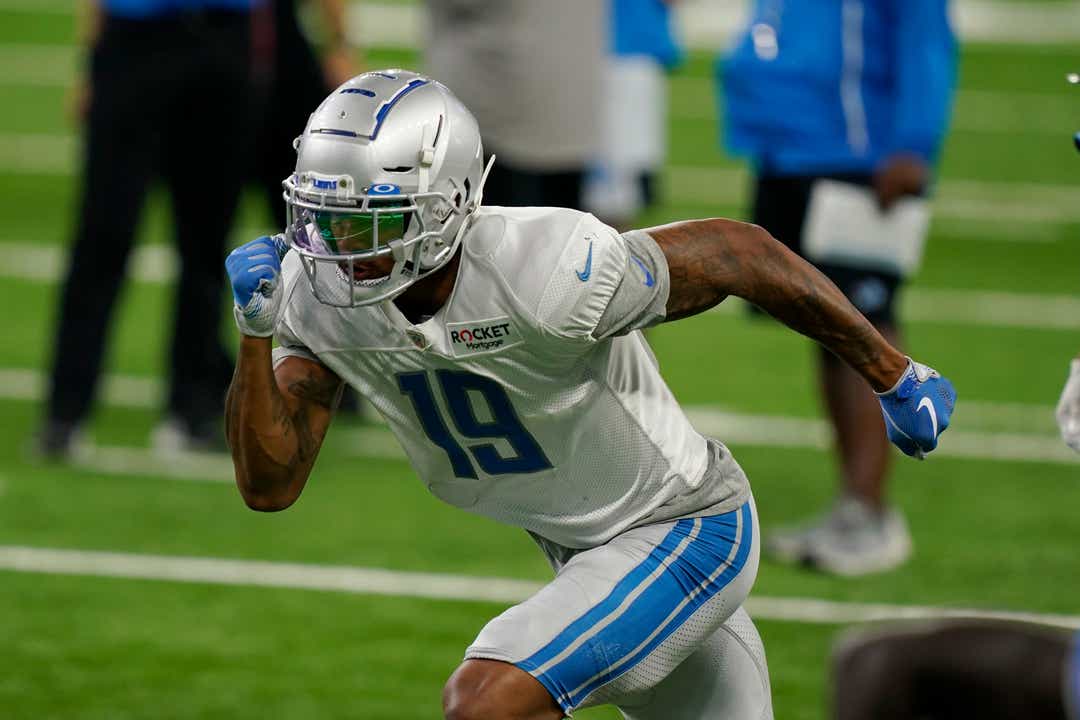 Tyrell Crosby, who made five starts as the Lions’ swing tackle last season, is expected to start in Vaitai’s place Sunday.

Golladay, who led the NFL in touchdown catches last season, suffered his injury in practice Wednesday.

Rookie running back D’Andre Swift (hip) was removed from the injury report after practicing in full Friday.

The Bears likely will be without their top offseason addition for Sunday’s game, too, as defensive end Robert Quinn is doubtful to play because of an ankle injury that kept him out of practice all week.

Outside linebacker Khalil Mack is questionable after he was limited Friday by a knee injury.

Dave Birkett’s mock draft 4.0: Detroit Lions land one of top non-QB prospects at No. 7
Why the Detroit Lions should draft Kyle Pitts
If Detroit Lions pass on top QBs in draft, Stanford’s Davis Mills could be mid-round steal
Open thread: Which positions should the Lions double up on in the draft?
Mock Draft round up: Lions trading out of pick No. 7 continues to trend