The All-Big Ten lineman out of Michigan was a sixth-round draft pick by the Green Bay Packers in April. And after a virtual offseason, the rookie made the Packers’ 53-man roster to start the regular season.

Then in a Week 1 NFC North showdown with the Minnesota Vikings, injuries forced Runyan into action. Already down one starter, Green Bay lost two more early in Sunday’s opener, including a season-ending knee suffered by right guard Lane Taylor, bringing Runyan — the last available active lineman — into the game, blocking for Aaron Rodgers. 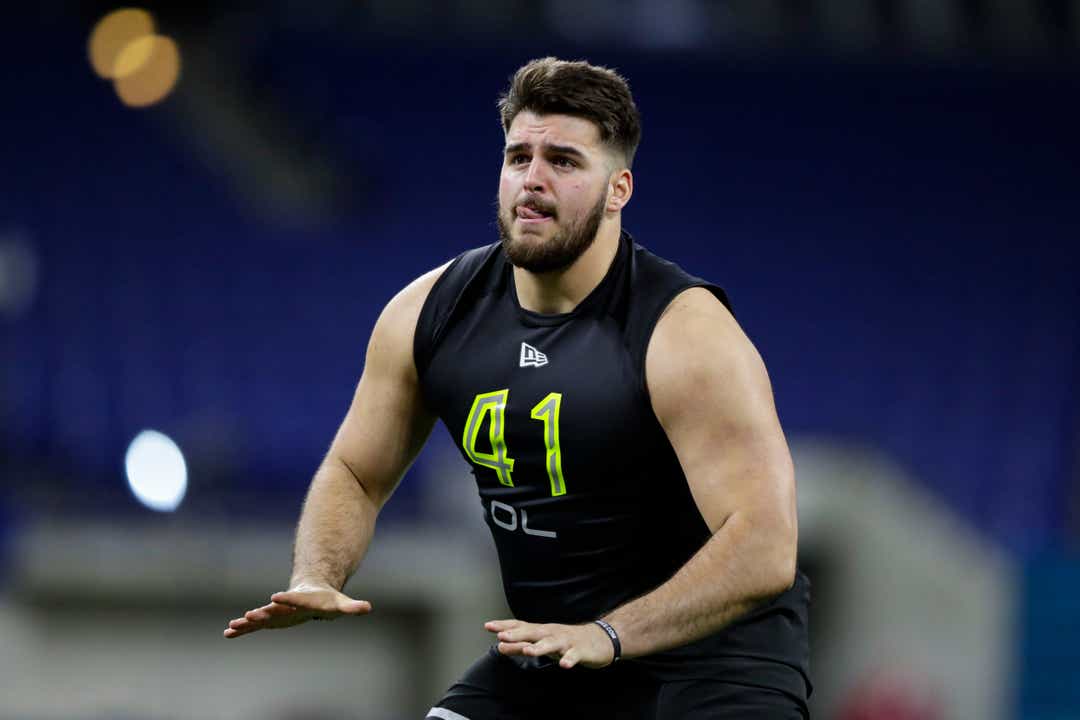 “It’s insane,” Runyan said Monday on a video conference call with reporters. “I remember being in eighth grade and watching Aaron win the Super Bowl while I was sitting there on the couch. Now I got thrown in there my first NFL game I ever dressed and I’m in charge of protecting him. So it’s kind of crazy how life works sometimes.”

Runyan, who is making the switch from tackle to guard as he begins his NFL career, admits there were butterflies as he made his pro debut.

“But I think I got ’em knocked out of me on my third field-goal team rep,” he laughed. “I got reverse-pancaked by two guys, so that was kind of fun. And when I got back in there it was kind of just back to playing football. This is what I came here to do.”

And by all accounts, Runyan did it well in an emergency, as Green Bay’s offense dominated the game.

“We just told him, ‘Communicate: If you don’t know, ask,’” veteran center Corey Linsley said. “Just make sure you’re on the same page as everybody else.”

Runyan wasn’t quite sure how he’d react, especially having not had any preseason games to get a feel for things.

“That was my biggest worry transitioning to the NFL, is the speed of the game,” he said. “But once I got out there, and now seeing live bullets, the game was pretty slow and I was able to process things and it felt really good out there.”

He played 15 snaps — all but one at right guard — and didn’t allow a pressure as Rodgers and the Packers put together a pair of 75-yard touchdown drives to seal the 43-34 victory over the Vikings.

“That was my first snaps with the first-team offense, my first snaps with Aaron and with all the guys,” said Runyan, who’d worked almost exclusively at left guard in training camp. “I think I handled myself pretty well. It was a little nerve-racking at first, but there weren’t any fans in the stadium, so that helped a little bit, too. But it felt good to get out there.”

Good to get home to Green Bay, too, where his mother, Loretta, was waiting with a celebratory dinner after watching the game on TV. She’d been in town the last week or so helping Runyan get settled in his new place after spending camp living in a hotel with the rest of the Packers’ rookies.

“She was just so happy and emotional,” Runyan said. “So that really just meant a lot seeing how much pride she had.”

Runyan’s father, who played 14 NFL seasons as an offensive lineman, now works for the NFL as vice president of policy and rules administration. So the league’s disciplinary czar was watching the end of the Packers-Vikings game from the league office in New York with great interest.

“My dad is excited — he wants to watch the film with me now,” Runyan said, noting with a smile that even for 15 snaps, “he’s probably gonna be on there for two hours talking” when they do break down his performance.

There may be more to watch soon, though. Because with Taylor’s season over, the depth chart will get some shuffling as Green Bay gets set to host the Lions on Sunday at Lambeau Field. Runyan may not be in line to start just yet — Wednesday’s injury report will provide the first clues in that regard — but the Packers now know he’ll be ready when called on.

“For him to step inside there on the right side and perform at the level that there wasn’t a drop-off,” head coach Matt LaFleur said, “that was a tremendous credit to his mentality and his preparation.”