Green Bay takes over at the 25 after the early Lions touchdown.

Aaron Jones rushes for 12 yards on first down, setting up first-and-10 at the 37.

Jones goes for 4 yards on the next play, and is then smoked by Jarrad Davis for a loss of 2 on second down. It’s third-and-8. Marquez Valdes-Scantling gets open over the middle, hauls in a throw from Aaron Rodgers, gets to the Detroit 46 for a gain of 15.

The Lions take over at the 25, for the first possession of the game.

Matthew Stafford hits Marvin Jones for a 5-yard gain on first down. Stafford then hits T.J. Hockenson on second down, as the former first-round pick stumbles ahead to the Packers 41 for a gain of 29 yards.

Kerryon Johnson rushes for 4 yards on first down. He’s blown up by Za’Darius Smith in the backfield on second down, but Smith grabs a handful of face mask. It’ll be first-and-10 at the 22.

Johnson rushes for 4 yards on first down. Jones catches a 6-yard pass on second down to keep the chains moving.

Johnson rushes for 7 yards to the Green Bay 5 on first down, then picks up another first down with a 4-yard rush. He gets into the end zone from a yard out to put the Lions up early.

The Detroit Lions will try to get their first win of the young season in a 1 p.m. matchup against the Green Bay Packers on Sunday at Lambeau Field.

Follow the action with live updates throughout the game by Nolan Bianchi of The Detroit News. 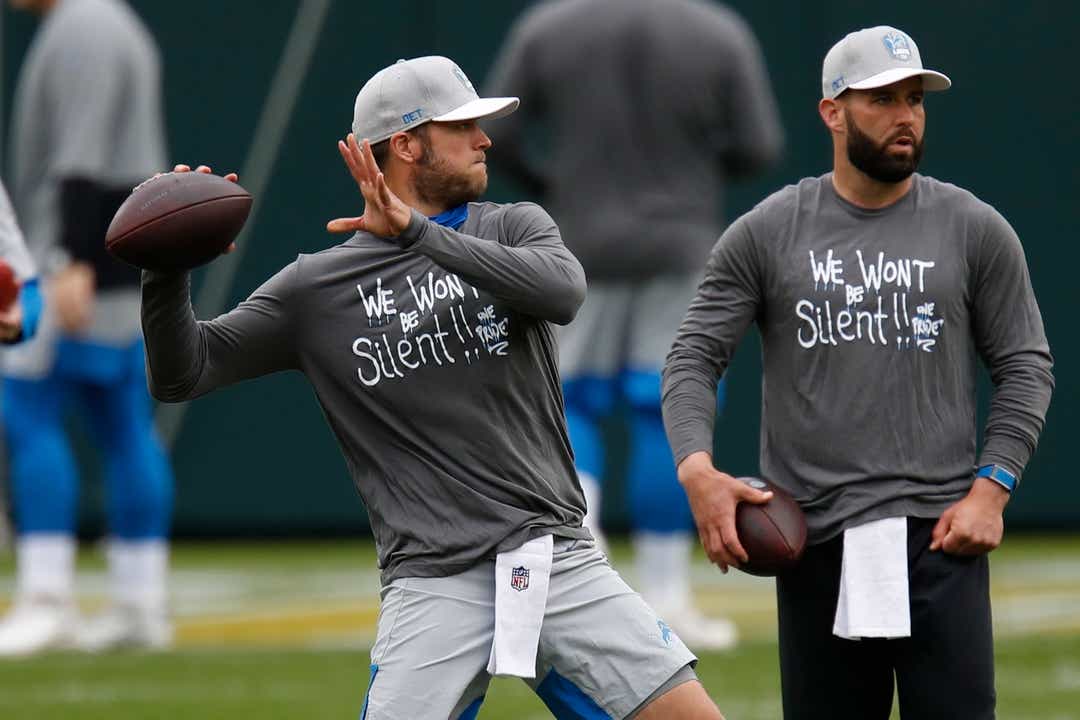 POD Community Mock: With the 41st pick, the Detroit Lions select…
Lions believe in Jared Goff, but may still draft a quarterback high
Breaking down 2021 NFL Draft class: Offense (with Brett Whitefield)
Open thread: What is the worst case scenario for the Lions in the first round?
Attorney: Accusations against Texans QB Deshaun Watson based on lies