With no preseason games to go on, the Detroit Lions are left to study last year’s tape to prepare for Sunday’s season opener against the Chicago Bears. It’s a sound strategy, given its a division opponent they saw twice in 2019, while much of the opponent’s coaching staff and personnel are returning in 2020.

Those games should also be an easy source of motivation. 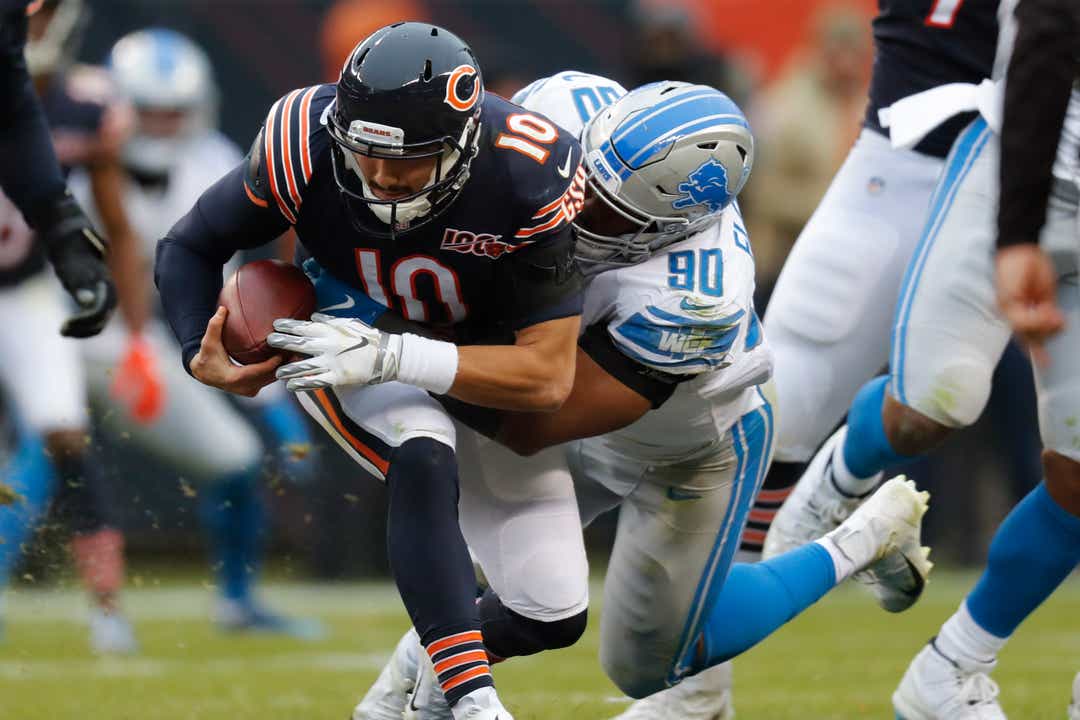 Any way you slice it, Bears quarterback Mitchell Trubisky wasn’t good last season. Among qualifying passers, he finished 21st in yards, 27th in touchdowns and 28th in passer rating. But in the two matchups against Detroit, Trubisky looked like an MVP.

In those games, both Chicago victories, he completed 73.8 percent of his throws with six touchdowns to just one interception. In terms of his passer rating, it was his best two performances of the season.

“I don’t know what necessarily he’s able to do against other teams, but I know against us, quite a few times we allowed him to escape the pocket and he has receivers that can definitely run,” Lions defensive end Trey Flowers said Wednesday. “He’s able to extend the pocket and throw the ball down the field to all those speed guys. We got guys in the back that can cover well, but you know, when you’re dealing with him being able to extend the pocket for six or seven seconds, that’s a tough task for guys on the back end.”

So the game plan for Detroit, at least up front, is simple. Flowers and company want to limit how often Trubisky gets outside the pocket.

“We have to rush with great awareness, and when it comes to him being capable of running the ball, on the read-options and things like that, and the read-zones — just being disciplined and that’s always all the way across the board,” Flowers said. “When you take a look back, we didn’t have preseason and stuff to see. We take a look back at what some of the things they hurt us with. We definitely know that we got to keep him in the pocket and make him uncomfortable in the pocket.”

A splash free-agent signing a year ago, Flowers got off to a sluggish start in a Lions uniform while working off the rust from an offseason shoulder surgery. This year, despite a shortened offseason, there’s no residual issues entering the regular season.

“Definitely better than last year,” Flowers said. “I’m looking forward to it. Put a lot of work in even with it being a weird offseason. You still was able to put a lot of work in being able to get your fundamentals down. I’m ready to go.”

Flowers recorded just one sack through the first six games last season, before racking up six the next six games.

Whyte comes to Detroit after spending parts of the 2019 season with the Pittsburgh Steelers and Chicago Bears. Appearing in six games with the Steelers, he carried the ball 24 times for 122 yards and averaged 18.9 yards returning kickoffs.