Matthew Stafford’s favorite target is dealing with a new hamstring injury three days before the Detroit Lions open the season against the Chicago Bears.

Patricia did not sound concerned about the injury in his pre-practice video conference, but it was significant enough that Golladay did not take part in individual drills Thursday. 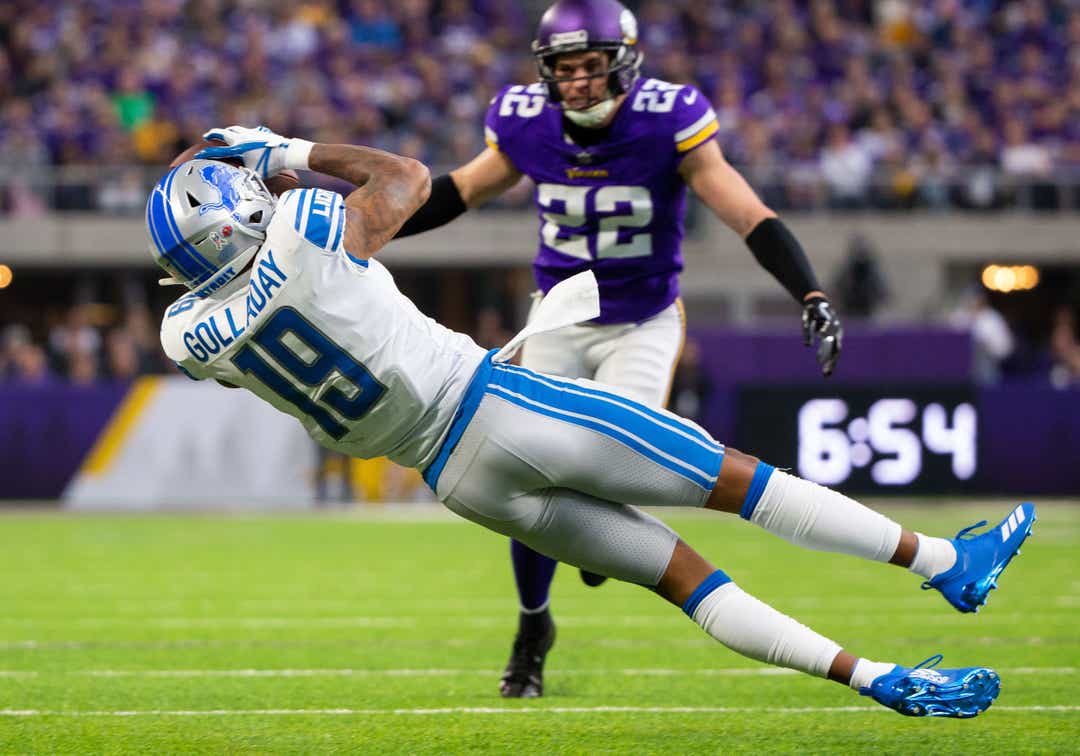 Golladay led the NFL with 11 touchdown catches and had a career-high 1,190 yards receiving last season.

He had a strong training camp and is in line for a big contract extension in the near future that should make him one of the highest-paid wide receivers in football.

[ The Free Press has started a new digital subscription model. Here’s how you can gain access to our most exclusive Lions content. ]

“I think he’s matured from a third-rounder into a very good No. 1 receiver for you,” NFL Network analyst Michael Irvin said Wednesday. “I really like his development. I know he made the Pro Bowl, but making the Pro Bowl (isn’t what it used to be) since so many people don’t go.

“But still, it’s still a great accomplishment for a young receiver. And that gives you that confidence cause you’re hanging over there with some of the greatest players in the game, you start feeling like you deserve and like you’re supposed to be over there.”

Irvin stopped short of calling Golladay one of the 10 best receivers in football.

But Golladay projects to be a major part of a passing game this fall that should carry a Lions team breaking in two new starters on the offensive line and dealing with injuries in the running game.

If Golladay, who missed five games as a rookie with a pulled hamstring, can’t play Sunday, one of Marvin Hall, converted cornerback Jamal Agnew or rookie Quintez Cephus will be in line for expanded playing time.

Rookie running back D’Andre Swift took part in individual drills Thursday after he was limited Wednesday with a hip injury, but right tackle Halapoulivaati Vaitai did not practice Thursday because of a foot injury.

Lions situation ideal for a rookie quarterback to redshirt
Lions 2021 draft preview: Detroit should have plenty of options as it restocks receivers
Detroit Lions: 3 first-round draft choices that might enrage fans
The Detroit Lions are playing the long game in 2021
7-round mock 1.0: Lions move back, solidify offensive line