In the hours that followed his dropped touchdown pass, Detroit Lions rookie running back D’Andre Swift heard words of encouragement from more people than he could count.

Coach Matt Patricia, Matthew Stafford and Adrian Peterson were among the teammates there with pick-me-ups, either on their way off the field or right after the game, and Swift said he was inundated with well wishes from friends and family, too.

“Probably everybody in my contact book reached out to me,” he said. 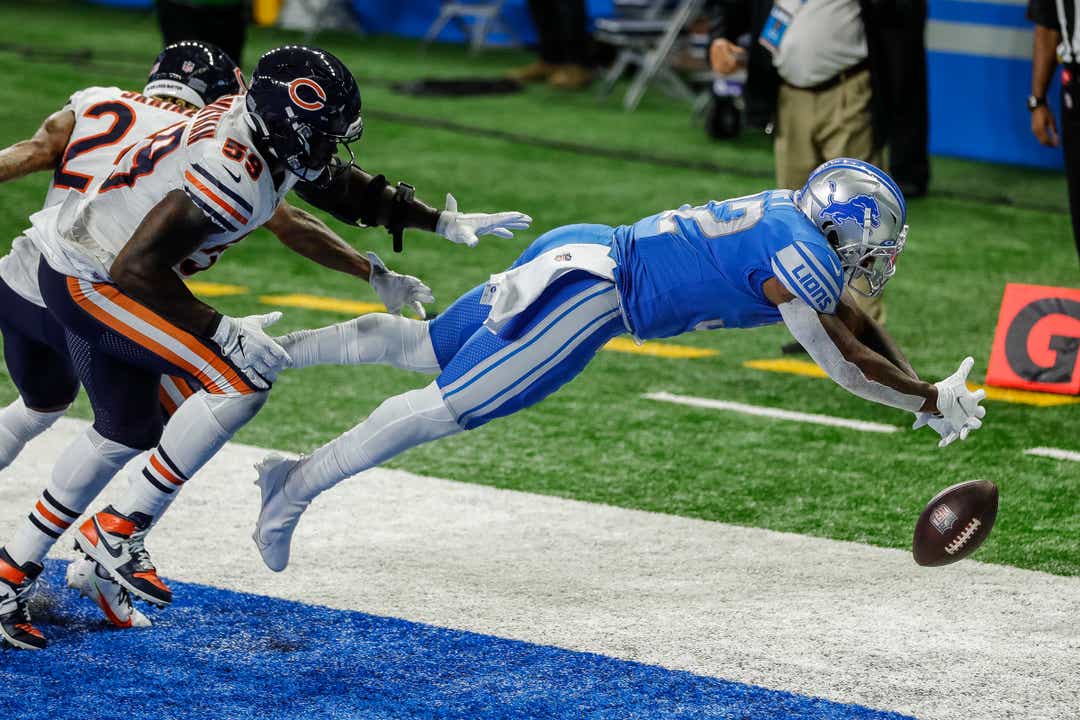 Four days after the winning pass slipped from his hands, Swift projected an air of confidence as he met with reporters via video conference for the first time since early in training camp.

He battled a hip injury in late August and early September that cost him valuable reps, yet was on the field for the most crucial moments of the Lions’ season-opening loss to the Chicago Bears.

Swift, in his NFL debut, played more snaps than any other Lions running back, including future Hall of Famer Adrian Peterson. He scored the Lions’ first touchdown on a 1-yard run just before halftime. And he was Stafford’s go-to receiver on the play that ultimately sealed the team’s 0-1 start. 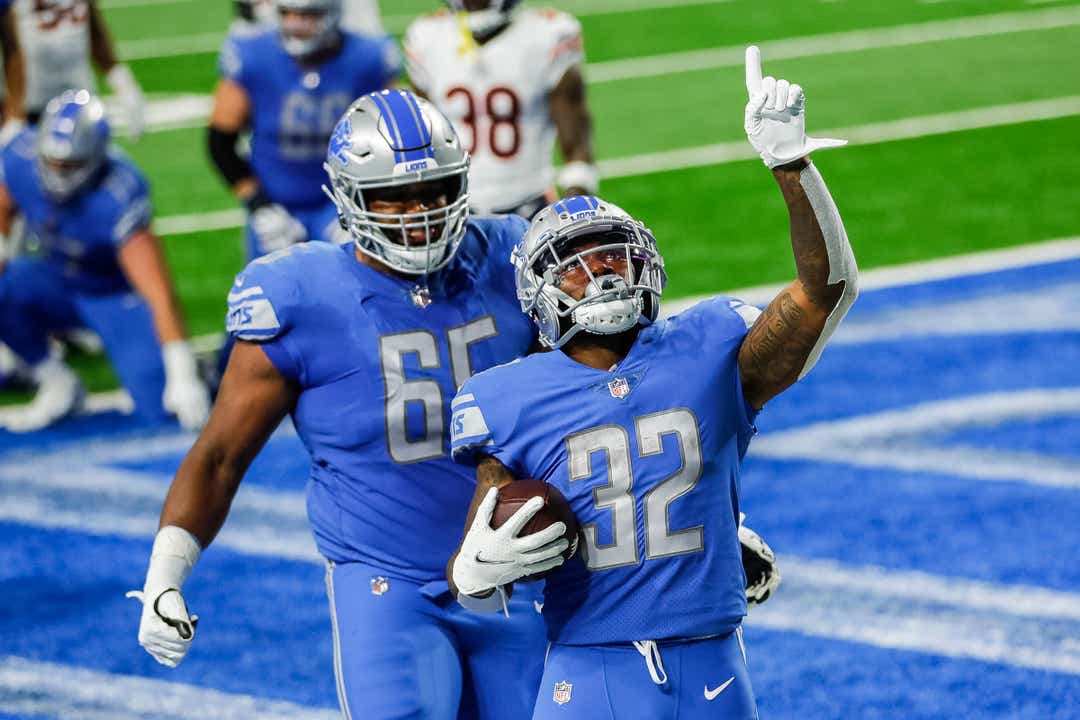 On second-and-10 from the 16 with 11 seconds to play, Swift ran a corner route out of the backfield and beat Bears linebacker Danny Trevathan to the front corner of the end zone.

Stafford zipped the ball towards Swift’s back shoulder, and as Swift twisted to catch it, he took his eyes off the ball and looked toward the goal line as it hit him square in his hands.

“I dropped the ball, that’s what happened,” Swift said. “Just me (not) focusing and finishing the play all the way through. Thought I ran a pretty good route. Perfect ball by Stafford. Just got to look it all the way in, got to finish better.”

He finished with 23 yards from scrimmage on six touches and impressed teammates with both his play and resilience. 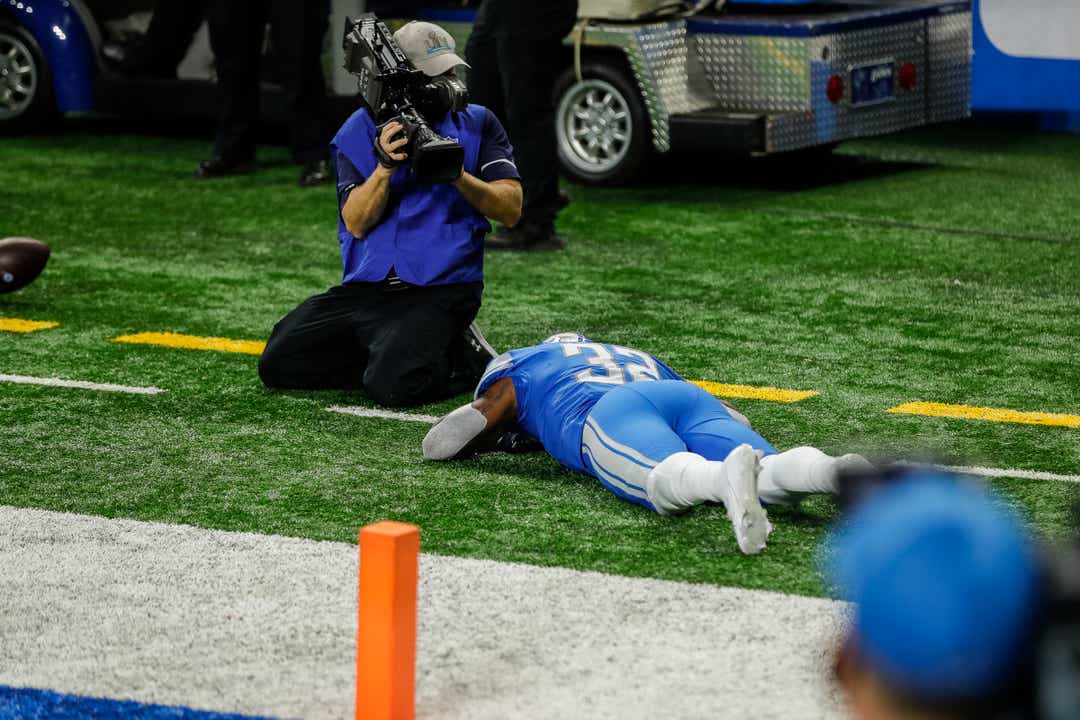 Related: Matthew Stafford explains why he took a knee during national anthem

Stafford said Wednesday he would not hesitate to throw the same pass to Swift if put in the situation again.

Swift said he thanked Patricia for “trusting me to be out there” in a crucial situation Sunday – “It comes with preparation throughout the week and I think I did a good job of that. Just keep building on that so they can trust me to be out there and more opportunities,” he said – then spent the aftermath of the game with friends and family who were in town for his NFL debut.

[ Lions LB Jarrad Davis on his reduced role: ‘I got to trust the coaches’ ]

“I just got to do my part, make sure nothing like that happens again,” he said. “Just got finish better. I will.”