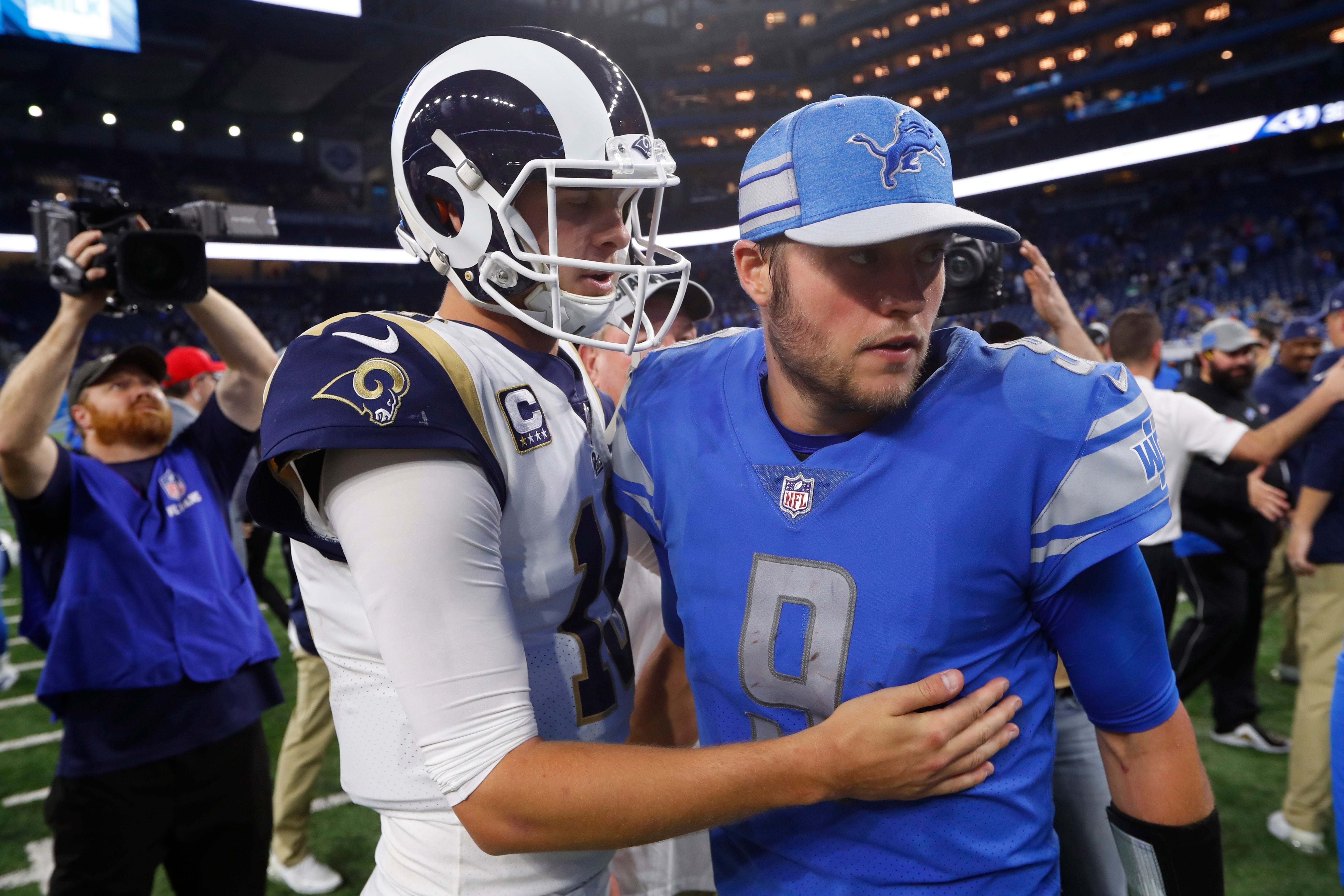 Now that the Detroit Lions have traded Matthew Stafford to the Los Angeles Rams, let’s look at what the trade means, how it affects both teams and look at who won and who lost.

They lose franchise record-setting quarterback Matthew Stafford. They get quarterback Jared Goff, a late third-round pick this year and get a first-round pick from the Rams in 2022 and 2023.

I’ve got to hand it to the Lions. They pulled it off and made a really good trade. What the Lions needed was significant draft capital, and that’s exactly what they got. The Lions owned just five picks this year and I was worried they would settle for a handful of mid-round picks in order to jump-start the rebuild as soon as possible.

But this is better than I could have imagined, especially since Stafford compromised their negotiating leverage by asking for a trade in the first place.

Now they have significant draft capital. That gives the Lions the flexibility to move up when they need to or trade down and acquire more picks. This is where new general manager Brad Holmes will have to work his college-scouting magic. Of course, he’s also the same guy partly responsible for drafting Goff, so let’s reserve judgment on his genius.

But maybe Holmes was the key to this thing all along. When he interviewed, he reportedly knew Stafford wanted out. So maybe one reason he was hired was because he assured the Lions of the Rams’ high regard for Stafford and their willingness to trade for him. Since Stafford was going to be the key to this entire offseason and the beginning of a rebuild, you can’t discount the importance that played during the Lions’ GM search.

THE REBUILD: Stafford trade shows how big a rebuild Holmes has on his hands

Now the Lions take on Goff and his contract that includes $43.3 million in guaranteed money the next two years. I haven’t watched Goff play a ton, but he’s still only 26 and played well enough to take the Rams to a Super Bowl two years ago. This year, only a couple weeks removed from thumb surgery, he beat the Seattle Seahawks in a wild-card game and didn’t play poorly even without receiver Cooper Kupp in a loss to the Green Bay Packers in the divisional round.

The only thing keeping the Lions from getting an A is having to take on a quarterback project with a heavy contract. I would have preferred more draft picks instead of Goff. But he might be good enough to give the Lions a little hope this year and serve as the bridge to the team’s next franchise quarterback. But if nothing else, the Lions have given themselves some options over the next few years with this trade. 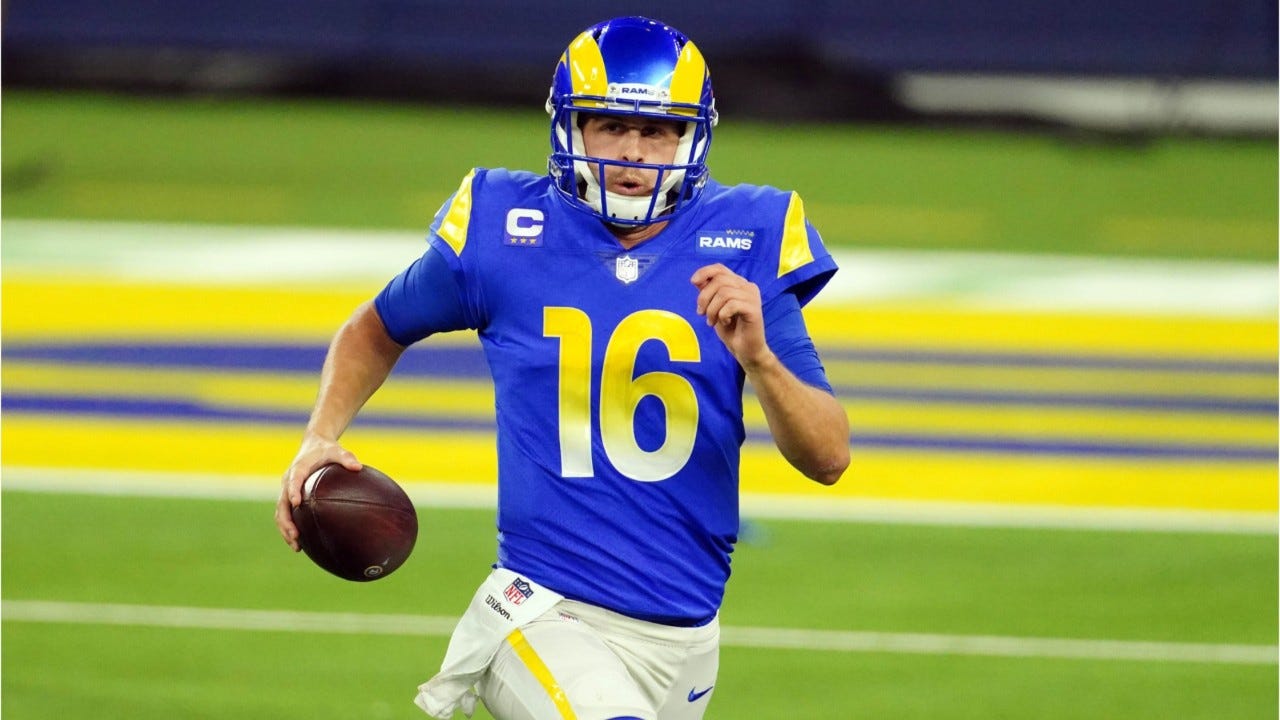 They trade Goff, their No. 1 overall pick five years ago, a third-round pick this year and a first-round pick in each of the next two years. They get Stafford, who turns 33 this week.

The Rams clearly wanted to get Goff’s bad contract off their books, but they did so by mortgaging their future. The way the Rams have constructed their team through trading up in the draft and by spending big in free agency implies they think the world is ending, there is no tomorrow, the zombies are about to attack and none of this will matter.

As it stands now, the Rams will go seven years without a first-round draft pick (2017-23). That’s untenable. You can’t build a successful team by constantly dealing your draft capital, which is the great equalizer in the NFL.

Stafford does give the Rams a better chance to win. But the question is how much better of a chance? If Stafford either isn’t good enough or healthy enough to win right away with the Rams, how do they replace him without a high draft pick? This year, the Rams have three picks: a second-rounder, a sixth and a seventh. Most kids don’t play “Madden” this recklessly.

[ Meet Jared Goff: Like Matthew Stafford, a No. 1 pick, but with playoff wins ]

Give the Rams credit for trying to win now in a glitzy town that’s filled with stars and recent champions in the other pro sports leagues. Even if they’re getting rid of an onerous contract for a struggling player, all that draft capital is too high of a price to pay for an aging quarterback who’s never won a playoff game.

Open thread: What is your hot take for the first round?
POLL: What is the best day of the NFL Draft?
Watch: Lions’ T.J. Hockenson teams up with George Kittle for grappling, grilling
Detroit Lions players skipping voluntary workouts is a mess and makes them worse
5 bold predictions for Detroit Lions in 2021