The Detroit Lions were not known for their defensive prowess last season.

But this November, Ford Field will play an important role in protecting ballots cast in the general election. 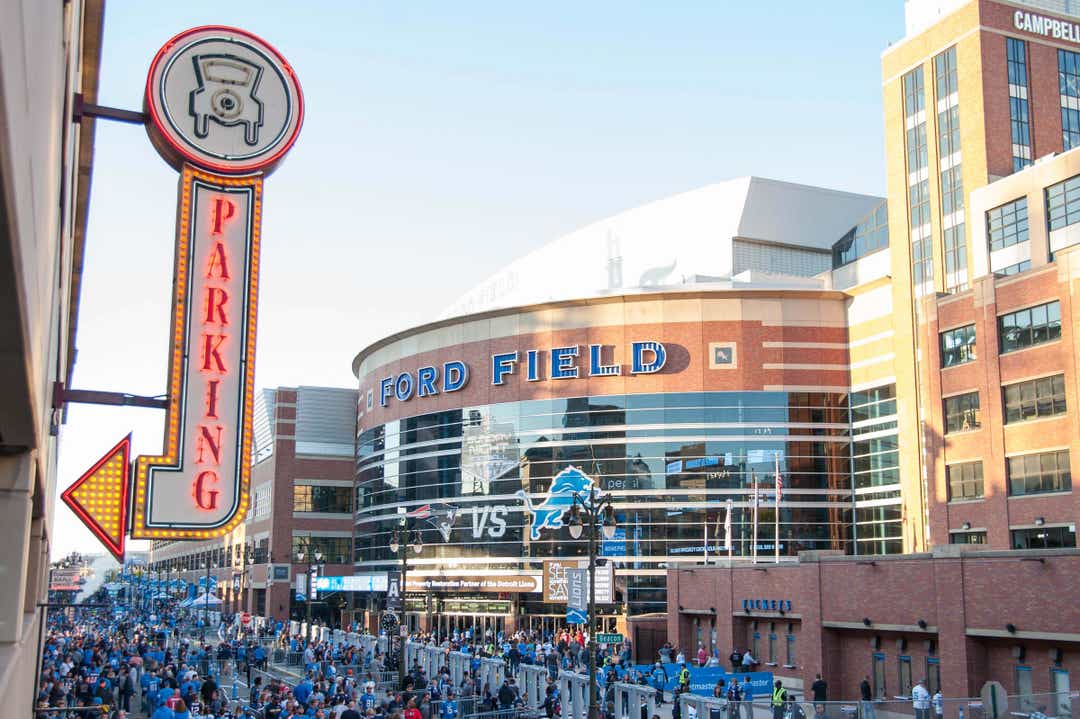 The Lions are teaming up with Michigan Secretary of State Jocelyn Benson this year on several initiatives aimed at helping Detroit election operations and encouraging residents to participate in the political process, Benson’s office announced Tuesday.

“I am so proud that the Detroit Lions are the first NFL team in the country to announce their plans to dedicate their arena, staff and other resources to support our elections,” Benson said in a news release, noting the effort is also in partnership with Detroit City Clerk Janice Winfrey.

“Their leadership comes at a crucial time for our democracy and will fill critical needs for our voters and the City of Detroit.”

More: Voting by absentee ballot in Michigan is easy. We’re here to walk you through it.

Ford Field will host eight of Detroit’s 12 receiving boards, independent groups created to securely take in cast ballots and ensure steps are followed that would allow for any future recount.

After polls close, election workers transport ballots and equipment to these boards. Board members ensure the box containing ballots is sealed and the number of names entered into the poll book matches the number of ballots counted.

The Detroit Pistons allowed the city to use their practice facility for a similar purpose in August.

The process of balancing precinct books has proven particularly problematic in Detroit. The Wayne County Board of Canvassers recently determined the poll books did not balance in more than 70 percent of absentee voting precincts for the Aug. 4 primary election.

If those numbers do not match, Michigan law states the precinct cannot be included in any recount effort. In a state where roughly 10,000 votes decided the 2016 presidential race, it’s crucial to make sure rules are followed so that a recount can happen.

The August issues in Detroit prompted the Michigan state Board of Canvassers to attempt to require Benson to exercise more control over the operations of the city’s election process. Board members essentially want Benson to take over administering the general  election in Detroit unless the city makes unspecified changes.

Gov. Gretchen Whitmer demurred when asked several times on Tuesday whether the state should take over elections in Detroit. On Monday, the director of the Michigan Bureau of Elections said “logistically, practically, it’s not possible” for the state to run Detroit’s election.

In addition to Ford Field housing receiving boards, all Lions employees will have a paid day off on Nov. 3 to either serve as a poll worker or to assist with operations at the stadium. Lions players, coaches and staff will also appear in public service announcements this fall discussing the importance of voting.

“We all desire real and lasting social change, racial healing, abundant opportunity for all, and meaningful social justice progress in many aspects of our democracy,” said Detroit Lions principal owner and Chairman Sheila Ford Hamp and her husband, Steve Hamp, in a joint statement.

“For this to happen, for our democracy to be responsive and to improve, we all need to register to vote, learn about the candidates who are running for office, and then cast our votes in person or by absentee ballot.”

The partnership announcement came the same day the Lions canceled practice in an act of protest against police brutality. Players specifically cited the recent police shooting of Jacob Blake; police officers in Kenosha, Wisconsin, shot Blake eight times in the back on Sunday.

Video circulating on social media shows Blake opening the door of a vehicle as officers walk behind him, weapons drawn. With the car door open, at least seven gunshots can be heard on the video, according to USA TODAY. Blake’s family say he is now paralyzed from the waist down, according to the Chicago Sun-Times.

The police shooting another Black man prompted protests throughout Wisconsin and the country, amplifying the outcry for police reform that arose after the death of George Floyd earlier this year.

Although Election Day is Nov. 3, Michigan voters can request an absentee ballot now.

How many different picks at 7 would be acceptable for the Lions?
Detroit Lions Dueling Mock Drafts 3.0: How many needs can be filled in one draft?
Notes: Lions predicted to have NFL’s worst record in 2021
Lions players opt to skip voluntary workouts in face of ongoing pandemic
Notes: NFL altering offseason programs after pressure from players/NFLPA