Matthew Stafford isn’t an emotionless football robot. He only wishes he could play like one.

The Detroit Lions quarterback tries to keep his emotions in check and never get too high or too low during a game.

As his team faces the challenge of climbing out of an 0-2 hole, Lions coach Matt Patricia and his staff have been emphasizing the need for players to keep their emotions in check and not ride the emotional waves of a game. They don’t want players to get too high or too low.

For subscribers: Pump the brakes on bashing rookie Jeff Okudah. Here’s why

Throughout his 12-year career, Stafford has demonstrated excellent emotional control. 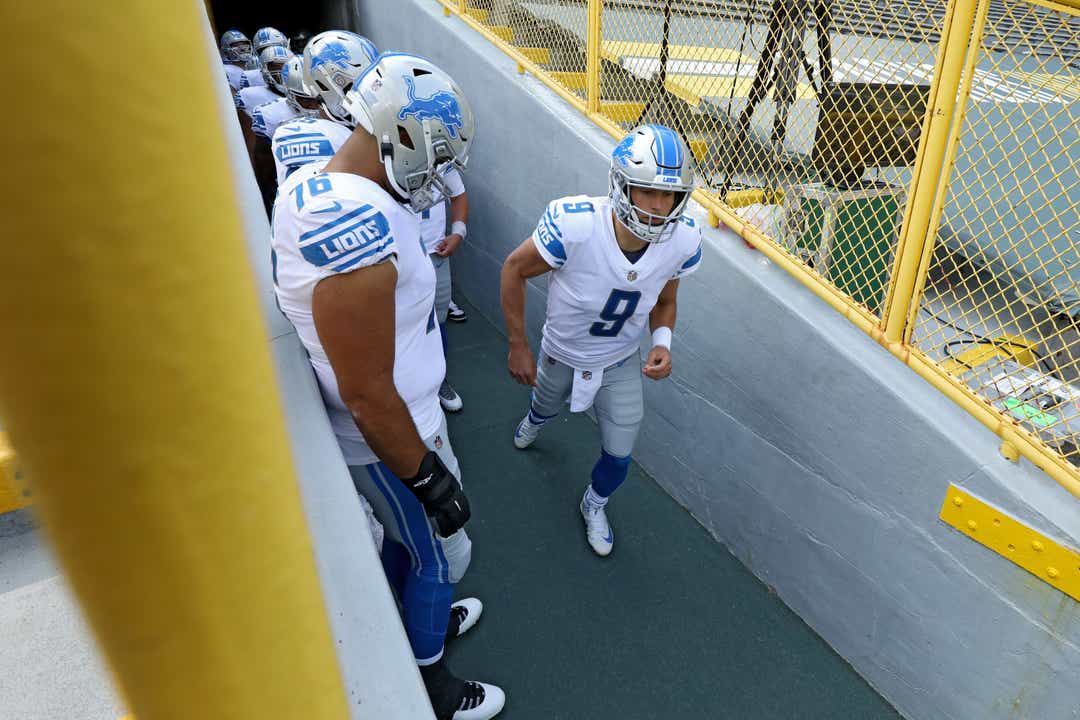 “I think experience, experience at the position,” Stafford said of the reason for his emotional control during a conference call Wednesday. “As a quarterback, it’s one of the few positions on the field sometimes where the more emotion, the harder you try, the more worked up you get, the worse you play. A lot of times in football that can be beneficial to guys. I just don’t think so as the quarterback.

Stafford said avoiding too much emotion, especially after a bad play, allows him to get back into the game and focus on making the next play and the next drive successful.

After he threw an interception to Kyle Fuller that led to Chicago’s go-ahead touchdown late in the season-opening loss, Stafford led a 59-yard drive that would have resulted in a winning touchdown if D’Andre Swift had not dropped a pass with a 6 seconds left.

[ Darrell Bevell says Stafford has been ‘solid.’ Here’s why ]

“If I go out and throw a pick in 4-minute offense in the Chicago game, I better get my ass ready to go out there and go down in a 2-iminute drive and try to score a touchdown,” he said. “It does me no good to get lost in my emotions and how I’m feeling at the moment. I’ve just got to go out there and work for the next play and help lead our team. I’m trying to do that to the best of my ability.

“Am I perfect at it? Absolutely not. But that’s something that I’m working towards every single day.”

One of the few instances when he didn’t came during a 2015 playoff loss at Dallas after officials negated an initial pass-interference call. Stafford kept arguing with field officials even after he got to the sideline and yelled “hooome cookin’ ” at Cowboys fans.

Stafford said his emotional demeanor during games has influenced in part by the quarterbacks he watched as a young fan. His favorite was Troy Aikman. The Cowboys Hall of Famer was known for is uncanny accuracy, but also for his emotional control.

[ Kenny Golladay returns to practice, could give offense boost vs. Cardinals ]

Norv Turner, Aikman’s offensive coordinator in Dallas for three seasons, presented Aikman at his Hall of Fame enshrinement in 2006. Turner showered praise on Aikman, but he called special attention to one key attribute that allowed him to elevate his game.

“Troy’s greater strength as a player was his ability to focus and stay focused in the most unusual circumstances,” Turner said. “Troy had the ability to make the play when it mattered the most.”

As a kid growing up in Dallas, Stafford would have seen a lot of the emotional control that allowed Aikman to focus during games.

“There’s probably certain times where I’m better at it than I am other times,” Stafford said of keeping hi emotions in check. “But it’s something that I know is important. I feel like as a quarterback there’s plenty of times in practice or whatever it is to show emotion and talk to guys and get on guys and whatever it is I need to do.

“But at the same time, on game day, man, we’ve got to go to the next one. We’ve got to go to the next one and make the next play work, whether we made the last one work or not. It’s just something that I remember watching quarterbacks when I was a kid growing up and everybody has their own style of doing it but it was obviously something that was important to helping those guys lead their teams, so I tried to adapt it and put it into my game.”

Detroit Lions join list of NFL teams sitting out voluntary workouts due to COVID-19
Lions believe in Jared Goff, but may still draft a quarterback high
Mock Draft round up: Lions trading out of pick No. 7 continues to trend
Lions players opt to skip voluntary workouts in face of ongoing pandemic
POLL: How many QBs will be taken in the first six picks?